By admin July 19, 2019
Promoting investment in emerging technologies has been identified as the central aim of a new plan to boost the economy of counties along the western seaboard. The plans are contained in a new five year strategy from the Western Development Commission (WDC), titled ‘Work Smarter, Live Better’. The plan identifies a number of headings under […] 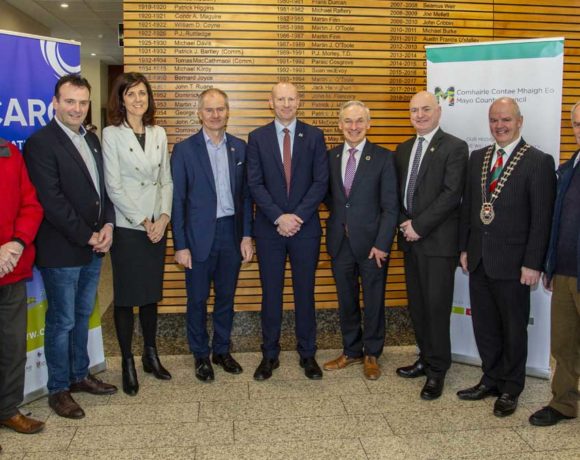 By admin July 19, 2019
Minister for Communications, Climate Action and Environment, Richard Bruton, officially launched the Climate Action Regional Office for the Atlantic Seaboard North in Aras an Chontae, Castlebar. Recognising the significant obligation which has been placed on local government to develop and implement its own climate action measures, as well as the need to build capacity