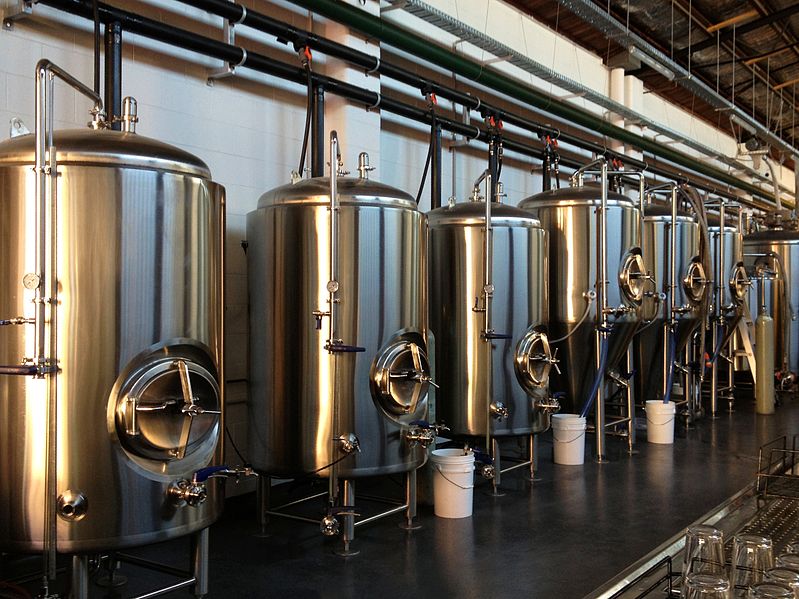 Ireland’s craft beer industry has gone from modest beginnings in the late 90s to a remarkable surge that made it one of the great success stories of the downturn. Now, as sales continue to rise and new breweries and “brewpubs” proliferate, the sector looks set to continue redefining Ireland’s once static public landscape.

It is hard to imagine now, but only a few short years ago, the Irish pub landscape was a completely different place. The choice for beer drinkers was limited between Ireland’s perennially popular Guinness, and a couple of name brand lagers. People tended to have their pint of choice and stick to it, as resiliently as the Irish voter once cleaved to one or other of the main two political parties.

Pubs that sold micro-brewery beers existed – the Porterhouse in Temple Bar, for example, opened its doors in 1996 as Dublin’s first brewery pub, and the Franciscan Well Brewery was founded in Cork’s North Mall two years later – but such places were then seen as a novelty, a break from the norm of how we imagined pubs were supposed to be.

The marketplace was dominated by a couple of corporate giants whose advertising and sponsorship generated intense loyalty among their consumer base, and the absence of wider choice was largely taken for granted.

All this was set to change, however. One of the more agreeable (and less destructive) legacies of the Celtic Tiger era was an increased appreciation for quality food and drink. This may have been to a fault at times, but Ireland’s newly refined palette generated an explosion of choice for the consumer, and a wealth of opportunities for smaller, independent entrepreneurs who have a real passion for their food and drink, and a real commitment to bringing the human, personal touch to bear on their production.

One of the first major steps in the Irish microbrewery revolution came in 2005: Finance Minister Brian Cowen introduced a 50% reduction in excise duty, giving a then struggling industry a much need shot in the arm. In 2006, Galway Hooker, based in Oranmore, Co. Galway, established itself as the first of the second wave of craft brewers, and many others followed in the ensuing years – Trouble Brewing (Kill, Co. Kildare), Eight Degrees Brewing (Mitchelstown, Co. Cork), Metalman Brewing (Waterford), the Dingle Brewing Company, and more – offering distinctive pale and red ales, India Pale Ales (IPA) and stouts, with a fresh, youthful attitude towards branding and promotion.

Achieving a definite momentum around 2009/10, craft beers and brewpubs became one of the great success stories of the downturn. In last year’s budget, Michael Noonan recognised the vibrancy of the industry by lifting the excise relief on microbrewery production by 50%. “Microbreweries have been a success story in Ireland in recent years,” Mr Noonan said, “they have expanded their market share, provided employment throughout the country, and are now making inroads into markets abroad.”

Craft breweries are generally defined against their major competitors in terms of the smaller scale of operation, independent ownership, and brewing technique. While beer-brewing was, historically, the work of diverse individual artisans, the modern craft brewing movement began in the UK in the 70s. Phipps was a brewery in Northampton which had been producing red ale and stout since 1817.

In 1974, most of the original brewery was demolished, making way for a modernised plant under the ownership of the Carlsberg Group. Phipps’ last head brewer Bill Urquhart went on to form the Litchborough Brewery in the Northamptonshire village of the same name, specializing in the production of traditional cask ale.

Litchborough Brewery was the first successful microbrewery in the UK, and Urquhart is regarded today as the father of British microbrewing. As we can see, microbrewing was from its inception a reaction against the monopolizing of consumer choice by large brewing corporations, and an attempt to restore the traditional brewing techniques of independent artisans. The re-adoption of cask ale had been promoted by the Campaign for Real Ale, a consumer organisation who opposed the increasing mass production and homogenisation of beer.

This emphasizes that while microbreweries tend to be differentiated from the majors by virtue of size, what is really crucial is the brewing methodology and overall attitude of the brewery. Microbreweries emphasize distinctive and diverse flavour. According to Irish Craft Beer Festival co-founder Seamus O’Hara, “The complexities of flavours and intricacy of brewing process make it possible to create myriad different products – all unique and interesting in their own right.” Alongside this commitment to distinctive taste, craft breweries also strive for a unique approach to promotion and brand identity.

Speaking in 2014, James Watt, owner of Oregon brewers Silver Moon, made this point: “We’ve got to do more than just make great beer. It’s about stepping outside the box of traditional beer marketing and setting ourselves apart from the rest of the beer industry.” The mixture of traditional technique and innovative, experimental attitude which defines modern craft brewing requires a considerable skill bass, and education has always been a crucial component of microbrewing, going back to the Litchborough Brewery in the 70s. Here in Ireland, training in the craft beer sector is provided by Taste4Success Skillnet, a national network of food and drink manufacturing, processing and artisan producers. Government-funded, Taste4Success training has aided the creation of 8 new breweries, 3 of which went on to win international awards for their beers.

At present, the extraordinary craft beer revolution shows no sign of abating. While some argue that the whole thing may be a fad or flash in the pan, craft brewers can point out that they have history on their side. In the 17th century, reddish Irish ale was produced in small cottage breweries by women who were known as “alewifes”. In the 19th century, after brewing had become commercialized, there was something in the region of 200 breweries in the country, with each region having their own distinctive ales and stouts.

The number of independent brewers only started to dwindle dramatically in the 20th century, when Guinness and the European conglomerates established their market domination. The current boom can be seen as a return to the original Irish brewing landscape, rather than an exotic new fad. Whether or not the craft beers themselves are to your taste, their success story in Ireland is something to celebrate. The proliferation of breweries and brewpubs generate jobs and boast tourism and exports.

This explosion of brewpubs, however, is only one visible sign of Ireland’s changing pub market. The traditional pubs have increasingly started to stock a few craft beer options, and even market leaders Guinness and Heineken have started producing beers that emulate the image and taste of their smaller rivals. Having thus completely altered a consumer sector dominated by massive corporations, the craft beer success story offers inspiring lessons for other food and drink entrepreneurs in how a commitment to quality, distinctive character and innovation can triumph over more well-funded rivals. 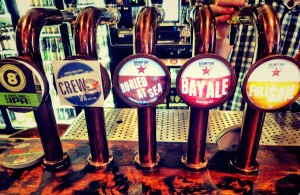 Above: The changing face of Irish beer taps. 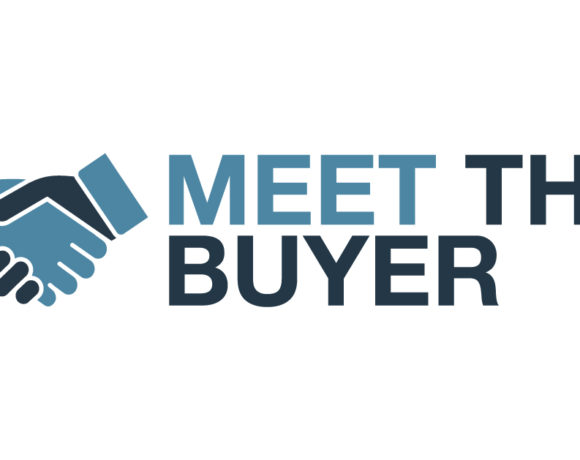 Councils Back Meet the Buyer Event 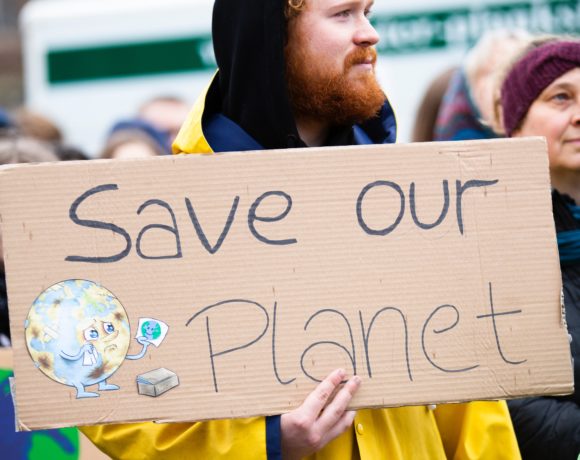 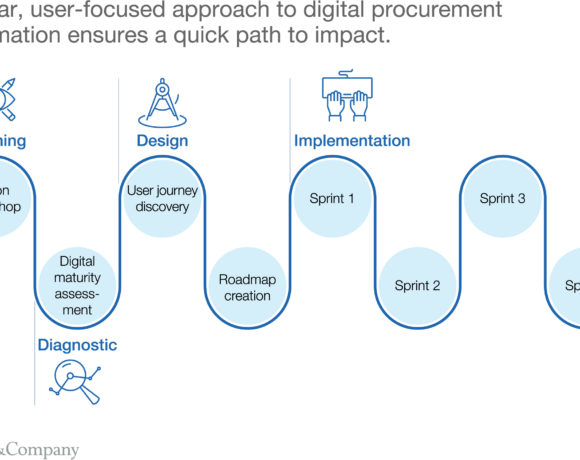