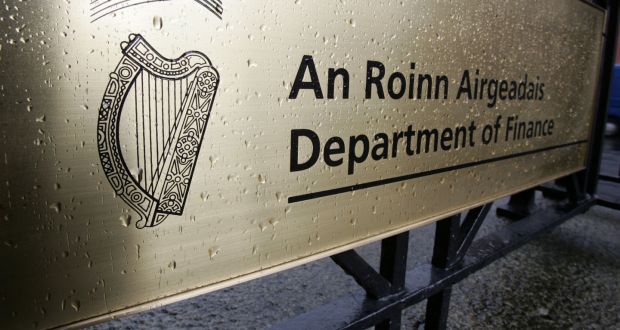 We’re down to the final straight, and after a budget that has had more leaks that a colander, where are we at?

The Government has about €1.2 billion for tax cuts and spending increases in Budget 2017 and nobody will be surprised if Michael Noonan manages to pull a rabbit-shaped tiny extra bit out of the hat, over and above the €200 million he produced with a flourish.

More than two-thirds of any spare cash is likely to go to spending increases, leaving not much more than €300 million – net – for tax cuts.

What we do know is that he will giveth with one hand and will taketh with the other.

Anyway, here’s what we know, and what we think will happen.

Cigarettes: Battling a major cultural headwind. Went up by 50 cent last time out. Will definitely rise again. Pre-budget papers suggested that low-priced packs of cigarettes, which have grabbed an increasing market shares in recent years, could be particularly targeted by an increase in the minimum tax which must apply to a pack. However all smokers are likely to be hit – yet again.

Alcohol: Drinks Industry Group of Ireland has called for a cut in excise on alcohol. Extremely unlikely to happen. The best that the sector (and drinkers) can hope for is that, like last year, Noonan leaves it alone. 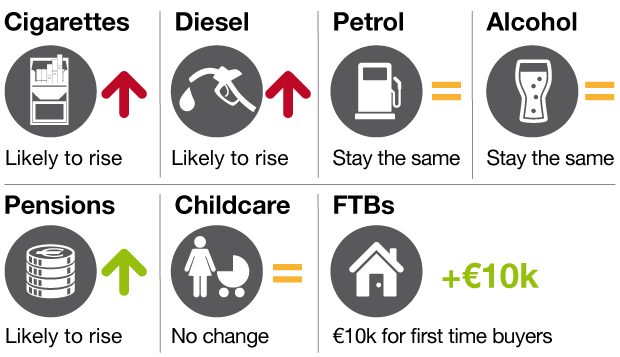 Fuel: Diesel is in the firing line, not helped by the Volkswagen emissions scandal. Extremely likely that the Government will target this low-hanging fruit, particularly as prices here are below those across the Border, by increasing excise duty.

The jury is out on whether petrol will feel the heat, but the ongoing low price for oil may be a temptation too hard to resist.
Your money

USC: An article of faith for Noonan and his colleagues. What we do know is that the universal social charge will be cut.

Last October the entry point to the USC rose from €12,012 to €13,000 which Mr Noonan said would remove 42,500 workers from the scope of the charge. This looks likely to rise again, according to pre-Budget briefings given by the Minister to his Cabinet collagues.

A further cut in the two lowest rates is on the cards. It remains to be seen whether the Minister can afford to drop the main 5.5 per cent rate – as this applies to a large chunk of income, cutting it is costly, but does deliver to middle income earners. There is some talk of PRSI being increased on lower incomes to claw back some of the gains from a further lifting of the entry point and measures are also likely to claw back any USC gains from higher earners.

State pension: Fianna Fáil is flexing its muscles on this one and wants a €5 increase. Last year pensioners got €3. Chances are that a compromise will be reached, with the outside possibility of allowances such as the living alone allowance being increased or the telephone allowance being reinstated rather than a straight rise.

However “FF push gains €5 for pensioners” may be too hard for the Soldiers of Destiny to resist and not enough for Noonan and Fine Gael to go to the wire on, especially if the USC cut is agreed.

Children’s allowance: Very little noise about this. Was one of the centrepieces of Labour’s budget and election strategy which saw a €5 rise for in the rate. The voters took it with one hand and with the other slapped Labour down.

It got a bigger rise than the old-age pension last year so may not be at the head of the queue, seeing as the Government is, as outlined in the Programme for Government, concentrating on child care.

Minimum wage: Rose to by 50 cent to €9.15. Earlier this year the Low Pay Commission recommended a 10 cent increase to €9.25 an hour. However, unions and left-wing politician have said this is way too little while employers have said its too much. Chances are the Government will endorse the commission’s recommendations – or possibly add a small bit more.

Respite care: The respite care grant for carers will was restored to its previous level of €1,700. The programme for government is committed to an increase in the carer’s tax credit, likely to be by €200, and carer’s benefit. On Finian McGrath’s watch it is difficult to see any way around a rise, however token.

Christmas bonus: The Christmas bonus for social welfare recipients was restored to 75 per cent of the recipient’s weekly payment. It means a pensioner on €230 gets a bonus of €173.

A dole claimant receiving unemployment benefit of €188 gets a bonus of €141. Likely to happen again this year, though could be pitched at 50 per cent of the payment.

Family support: The threshold for the family income support payment increased in 2016 by €5 per week for families with one child and €10 for those with two or more children.

Motor tax: Owners of commercial vehicles above a certain size had their motor tax significantly reduced. The maximum rate is now €900 compared to then top level of €5,195. Unlikely to see any changes for private vehicles this time out.

First-time buyers: It’s been broadly signalled that some form of incentive is on the way for beleaguered first-time buyers, with Minister for Housing Simon Coveney indicating during the summer that it would likely be announced on budget day – although it is being prepared in conjunction with the Central Bank and its mortgage lending rules, so agreement will need to be reached on this.

What we know so far about the scheme is that it will be backdated to July 19th; it will likely be restricted to new builds up to a certain value; it could be worth up to €20,000 a couple; and it’s likely to be given in a “rebate” type format.

It’s possible that the rebate will be given at source, which means that no one will have a €20,000 cheque with which to buy their new furniture.

Among the other measures identified in the programme for government is a reduced VAT rate of 9 per cent (down from 13.5 per cent) for new affordable houses and apartments.

Mortgage relief: The programme for government promises to extend this beyond its current 2017 end date. No new mortgages taken out since 2013 have qualified for relief, so extending the phase-out date for earlier mortgage holders may not be popular with those who did benefit. This is a promise that will be honoured.

Tax bands: A stealthy way of recouping some money if there is no change as incomes rise, more people enter the top rate of 40 per cent and more income is taxed at this rate. Expect no change here.

Tax rate: Under Budget 2016 the marginal rate of tax fell to a maximum of 49.5 per cent for all people earning under €70,044 . A USC cut could move it down a bit more. The Department of Jobs has suggested a special rate for returned emigrants with particular skills, though it is not sure if there will be any more here.

Self-employed: In the last Budget, a €550 earned income tax credit was introduced for the self-employed. This was the first step towards equalising treatment with the PAYE employee, who gets an annual credit of €1,650. It is expected that the earned income credit will rise to €1,100 for 2017, as part of a three-year move to equalise treatment.

It is possible that some more of the PRSI benefits PAYE workers enjoy will be broadened to include the self-employed. While the self-employed, who pay PRSI at a rate of 4 per cent on their income, are entitled to the State pension, maternity benefit and jobseeker’s allowance, they cannot claim jobseeker’s benefit or sick pay. The self-employed may be expected to up their PRSI contributions to pay for these additional benefits.

Bank levy: The bank levy is to remain in place until 2021 which is expected to bring in an addition €750 million over the period.

Capital gains and acquisition taxes: A cynic would say this is a virtue hiding some serious wealth transference. The Government has promised to cut capital gains tax (CGT) for entrepreneurs and also to reduce capital acquisitions tax (CAT) for those inheriting money from parents. Meeting the commitment to cut CGT on people selling companies to 10 per cent up to a limit of €10 million would cost €65 million. It would also be presented as levelling the playing field with Britain post-Brexit.

Increasing the CAT threshold for so-called Class A – parent-to-child inheritances – from €280,000 now to the promised level of €500,000 would cost €75 million. Both could also leave the Government open to accusations of targeting the better off. An increase to around €320,000 this year is being speculated on.

Sugar tax: Michael Noonan has yet to pull the tab on the introduction of the new tax on sugary drinks, which could raise €100 million a year. It may be announced but could be delayed until 2018, which is what happened in the UK.

Tax loopholes: Finance Minister Michael Noonan has signalled that he is weighing taxing non-residents’ income from Irish property held in funds used by private equity firms that have been active here in recent years.

Education: The Government is committed to reducing the pupil/teacher ratio and increasing the number of special needs assistants.

Health: The Minister for Health has already committed €50 million to target waiting lists, including €15 million ring- fenced for the national treatment purchase fund.

It is likely he will seek more funds to achieve the target of reducing those waiting over six hours for hospital treatment from 32 per cent to 7 per cent by 2021.

Justice: The Government is committed to reversing the reduction in Garda numbers. This year should see Templemore parade ground ring to the sound of 1,200 boots. However, there are heavy rumblings among the rank and file over pay.

Child care: A radical new system of subsidised childcare that would mean the State pays a portion of a family’s bills directly to childcare providers is under consideration for next month’s budget. The means-tested scheme is expected to be rolled out over a number of years, starting next September. Looks like being one of the Government’s big ticket items.

Paternity leave: Two weeks of paternity benefit will be available to fathers from September 1st, and the Department of Social Protection will pay €230 a week. The cost of the introduction is €5 million this year, rising to €20 million in a full year.

The fiscal space: The Government has about €200 million more than expected to spend in the budget, with an estimated €1.2 billion package to be revealed next week.

The extra €200 million to expand the so-called “fiscal space”, is understood to have been found through “savings”, allowing Minister for Finance Michael Noonan and Minister for Public Expenditure Paschal Donohoe to spend more money on higher than expected cuts to the Universal Social Charge.

However, it’s unclear if the Government will announce emergency aid for hard-pressed cereal growers as farmer groups have been advocating. It is more likely to simply announce additional funding for farm schemes in line with rural development commitments. 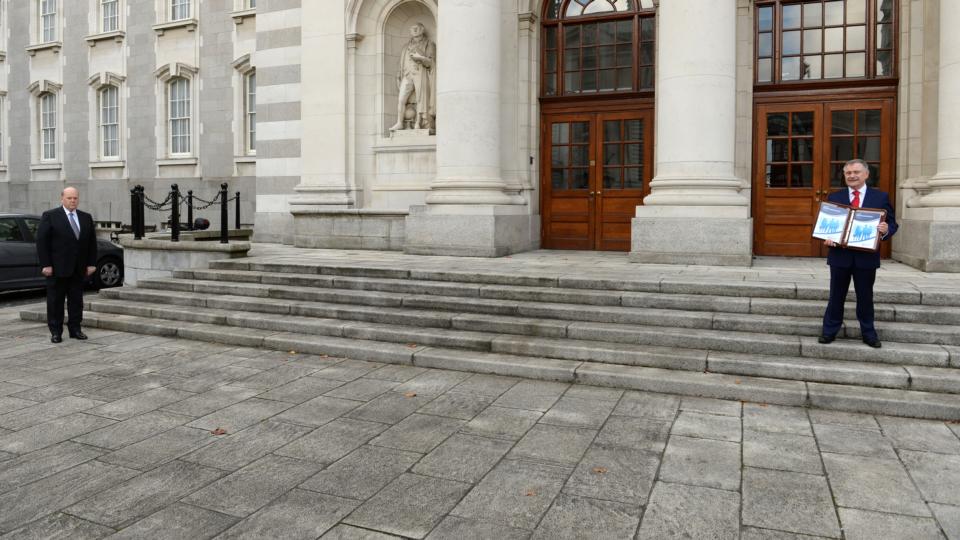 Increased benefits for landlords in Budget 2017 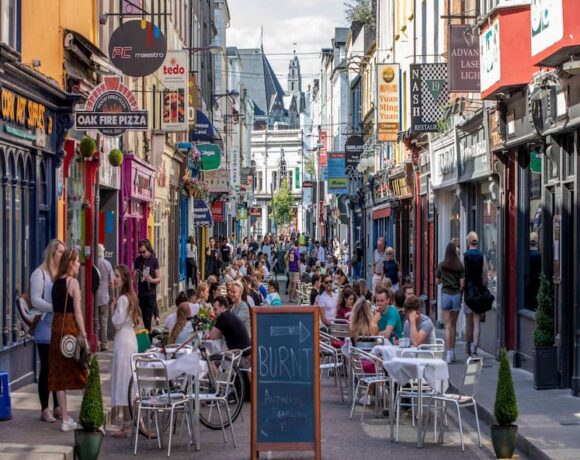 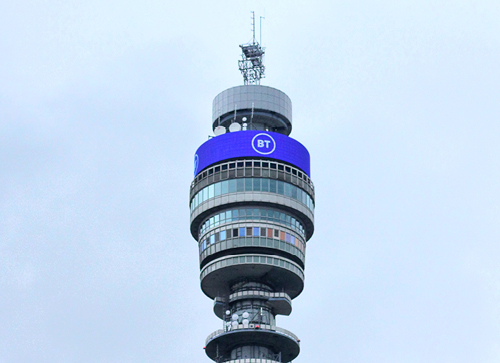