Dairy is the most profitable sector in Irish farming, yet it increasingly faces environmental questions. 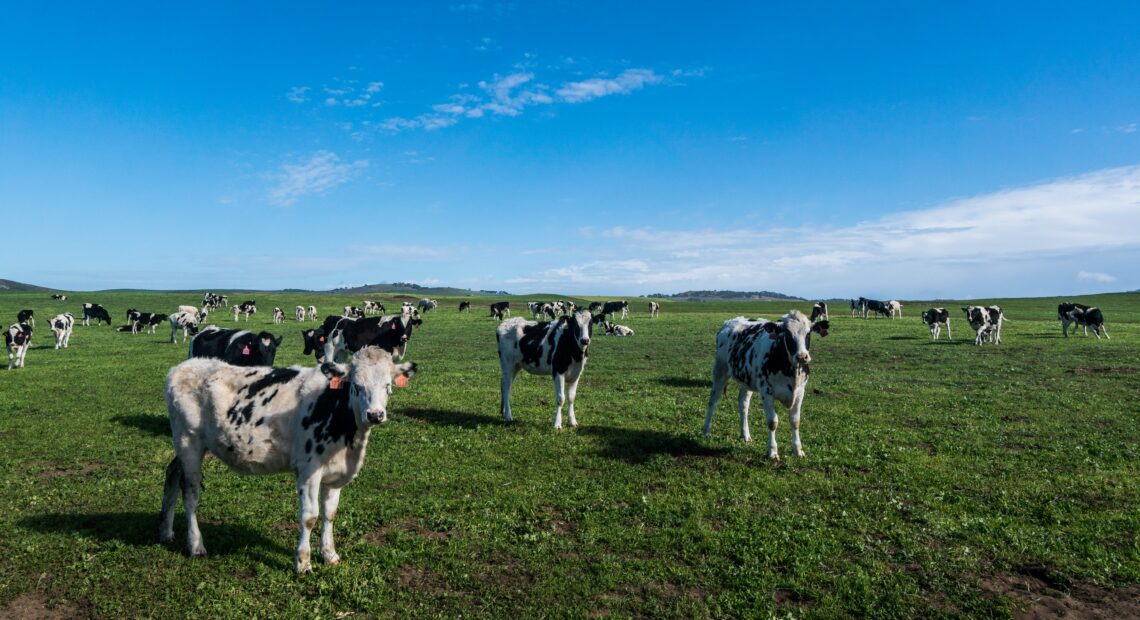 There has been strong growth in the dairy sector in Ireland because it is, by a distance, the most profitable sector in Irish farming. Even when overall farm incomes are stable or down, dairy incomes are up. According to the latest information available dairy incomes are about €66,000 per annum – about €1,100 per hectare. At the other end of the spectrum cattle rearing earns €285 per ha and as an average income of €9,000.

Dairy farms are certainly profitable but they are also heavily in debt. The 2019 National Farm Survey showed two-thirds of Irish dairy farmers in debt on average to the tune of over €110,000, with levels increasing over the past five years. Being heavily invested in a particular path (path dependency) makes change both more difficult and less attractive – even if a strong environmental case emerges to do so.

Many dairy farms avail of a derogation from the EU’s Nitrates Directive (something which has been in place since 1991 and aims to protect water quality from pollution by agricultural sources). This comes with important limits.

For example, new derogations demand Low Emission Slurry Spreading (LESS) techniques such as trailing shoe must be used, which is more efficient, so there’s less emissions into the air and water. Derogations also involve improved training and clover incorporation.

While these rules are in place for the Nitrates derogation, there have been ongoing issues with compliance. A study some years back (2013) found almost half of those who were inspected failed. Over 1,600 of the 7,000 farmers were fined for breaches in 2017.

The contribution of the growth in dairy to overall/absolute greenhouse gas (GHG) emissions is obvious – it increases them. The impact on water and air quality is also more intense, as has been unpacked in detail in the Environmental Pillar SWAN and Stop Climate Chaos joint document Towards a New Agricultural and Food Policy for Ireland.

While there are aggressive policies to finding new export markets to match growth plans, there is also a huge problem with finding a market for the male calves born on dairy farms. There are plans afoot to trial flying them to veal farms in the Netherlands (now delayed due to Covid-19). Ireland also carries out long distance (outside-of-the-EU) live exports, which are increasingly exceptional by EU standards and at variance with the animal welfare direction of travel other EU member states and the UK are taking.

While there are plans for agriculture to supposedly reduce methane emissions by just 10% by 2030, concurrently there is a plan to increase the number of dairy cows by almost 200,000 by 2027. This puts enormous pressure on other farming sectors, on the rest of society and on the environment (both various pollutants and climate).

Ostensibly, Ireland is well suited to organic dairy. We already have a long outdoor grazing season for example. Organic dairy rules are in many ways what the rules in general should be – higher welfare standards such as a little more space and comfort for the animals in indoor housing; more space outside too via a lower stocking rate; no mineral fertilisers, more judicious use of medication, no herbicide when reseeding fields. All of this simply means less pressure on the animal and the environment.

Organic dairy farms are profitable as they “compare favourably” to conventional farms according to Teagasc  and on “a return per litre basis, some of the most profitable dairy farmers in the country are farming organically”. Furthermore, “when comparing organic dairy farms to conventional systems, profit per cow and per litre is often much higher on organic farms, but on a per hectare basis, is average or lower.”

The main savings are in the costs of mineral fertilizer (none) and vet bills (much smaller). However, the question is – should conventional farms be allowed the stocking rate they have for dairy? This is a crucial question because this is where both the environmental pressures and the profits come from.

Farm compared to farm, yes, organic makes sense as a profitable business. But if you compare a maximum stocked dairy farm, one with a Nitrates derogation, to anything in organic, it is probably difficult to find an organic farm doing as well financially. Unless that is, you are also making your own cheese and get an extra organic premium that way. A number of organic dairy farmers have come together to do this via the Little Milk Company. The per kg price for this cheese is good, and they own the company.

However, there are issues with conversion. For one thing, those expensive cow sheds you have borrowed heavily for – they aren’t allowed in organic operations as they are laid out in conventional farms. Farmers need to change them to be compliant with the organic rules regarding slatted flooring and possibly other variables too (depending on the structure of the shed – remember, organic cows get more space and comfort indoors). So borrowing now for conventional dairy sheds mitigates against conversion to organic in the future. It’s more likely a suckler conventional farmer will convert to organic diary.

Also more generally, the whole organic sector needs across the board support, not just new farmers entering into the scheme. It needs better support in training, third level and research and development (R&D), far more advisors, better processing options, better market support at home and abroad. It needs 7.5% of the Department of Agriculture’s budget, because that’s their own target for organic production. We are currently hovering around 2%. This issue is underscored by the disappointing take up of the newly launched Organic Farming Scheme.

In fact the Irish Farmers’ Association (IFA) are now also pointing to the issue of a lack of state support and a lack of farmer confidence in the scheme. Farmers have joined the new REAP scheme (Results-based Environment-Agri Pilot) instead, Nigel Renaghan of the IFA claims, as it’s better funded.

It should be added that there is simply no extra market for this REAP produce – which means there is little incentive for the Department to keep offering it when times are tough. Whereas in organic, there is a growing market at home and abroad. The organic food market is growing faster than the conventional market, so it really is baffling that An Bord Bia chooses to invest so little into developing the organic market. French and German markets are now worth more than €20 billion annually, and there is a gap in Ireland (unlike many EU member states) between supply and demand which favours increasing supply.

There is vanishingly little R&D into organic in Ireland in general, less so when it comes to environmental assessments. Eileen Power and Jane Stout conducted research into organic dairy in Ireland from a biodiversity perspective some years back. Organic dairy farms performed better both in terms of insects themselves and farmer attitudes to and knowledge of biodiversity. “Organic farming was found to provide increased floral resources that attract more pollinating insects and pollination success was higher on farms under organic management” they found.

As long as we allow a nitrates derogation, avoid taking serious action on absolute GHG emissions and other pollutants, build new processing plants for export, encourage borrowing to rise, and stress the EU rules on live export, conventional dairy will of course compare favourably to organic or other related approaches in purely economic terms. But with political and institutional will, organic dairy – already very viable – could grow in Ireland and help take the pressure off the environment, while being viable for farmers. 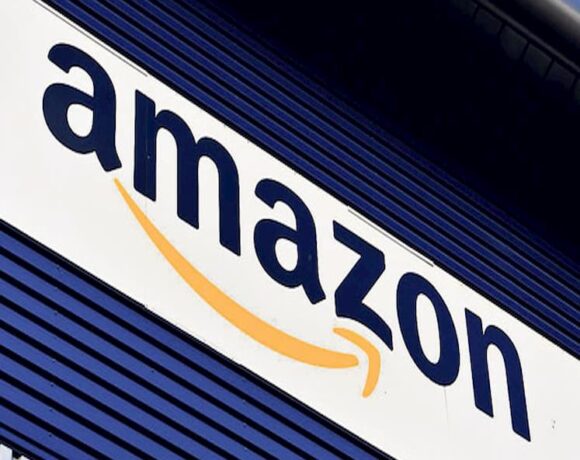 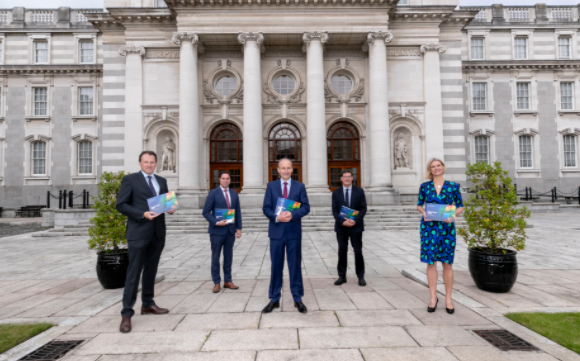 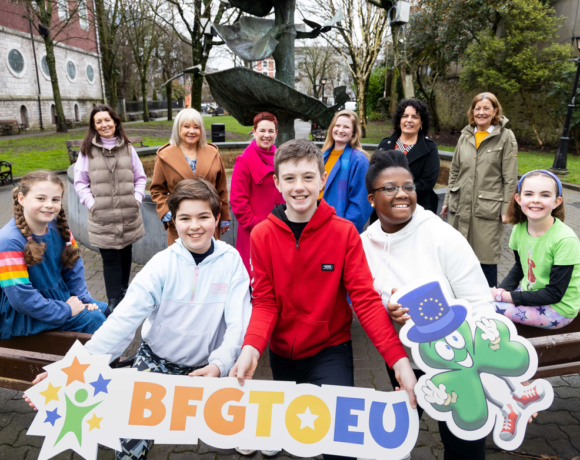