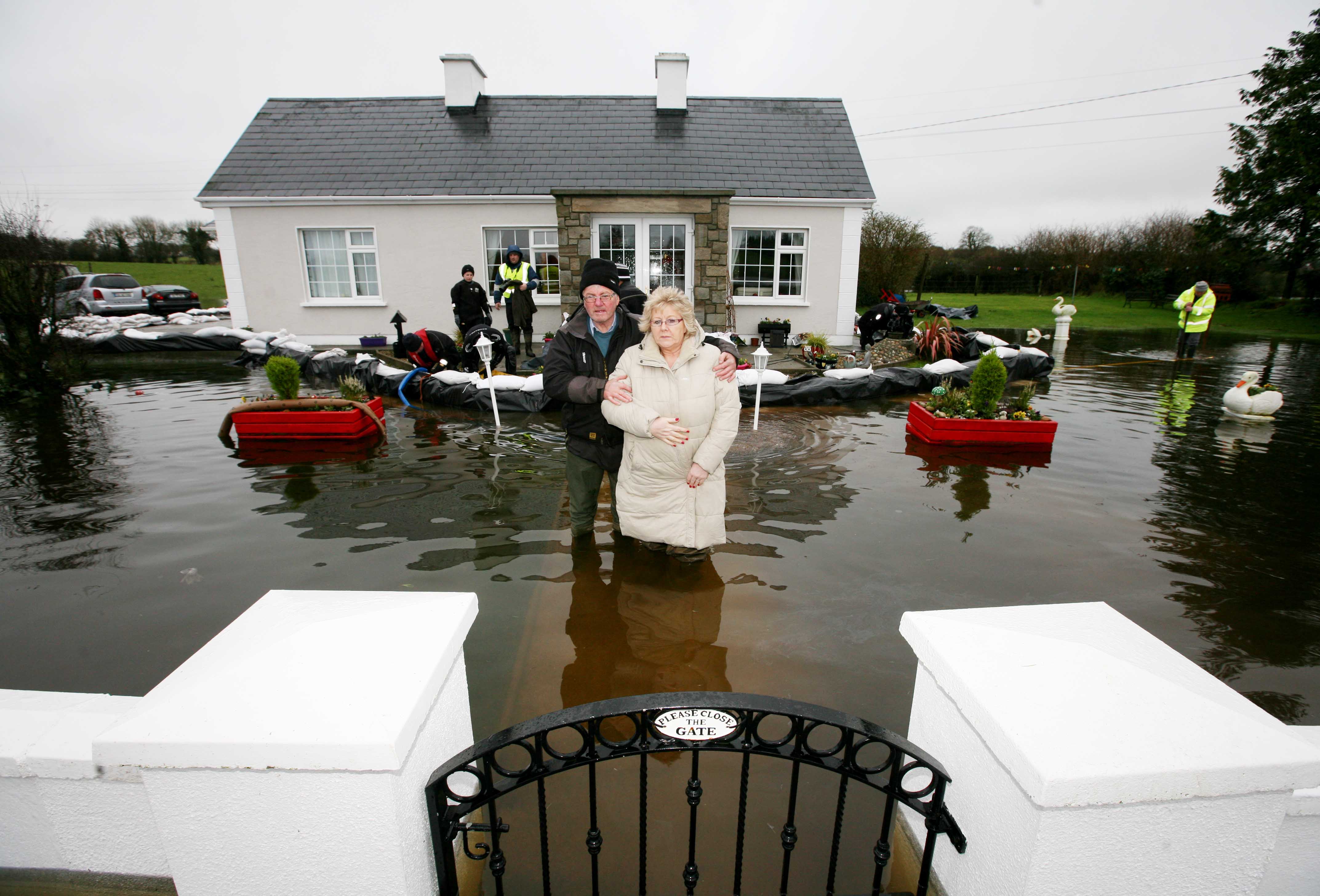 Athlone, Cork, Galway, Wexford, Kilkenny, Limerick, Roscommon. The list of flooded regions goes on. Equally as long is the list of storms that have hit Ireland this winter season, in what has been one of the worst years of flooding on record. Estimated costs of damages is already set to reach €100 million and this is before a full assessment has taken place. Families have been psychologically and financially devastated. Many fought for weeks to keep the deluge from breaching their doors, but in the end the water could not be held back. Homes and businesses have been abandoned, and some have been damaged beyond repair.

As the waters slowly subside around the country and the cleanup and repair process begins to take place, it has reached that time again, much like in 2014, when we must consider what measures we should take to prevent such disasters from reoccurring. There is much to consider. In 2014 the issue at hand was coastal flooding. It seemed clear then that coastal communities needed to be prioratised over all else. Now, however, the focus has shifted to inland flooding. There is also the looming election, which will no doubt affect decisions about flooding prevention as politicians vie to implement the most voter­ friendly solutions.

What remains constant is the immutable fact that flooding is now a part of life in Ireland. Climate change has brought us heavier and more frequent rainfall, and our rivers can no longer be contained within the allotment of space they have been given; they will continue to swell and flow over into our fields, towns and cities. This is the new reality we have to deal with. How we proceed with our adaptation to this reality over the coming years will be the difference between a few flooded homes and thousands of homes abandoned.

Soon Ireland will be receiving a €200 million loan for flood prevention from the European Investment Bank (EIB). This money will go towards some of 30 flood ­related projects the government have in mind, nine of which are flood prevention schemes. However, full details of the projects have not yet emerged. When considering how we can prepare for the next inevitable bout of flooding it is important to weigh up the options very carefully. Flood defense such as flood gates are not infallible. In fact, such defenses can often increase vulnerability in more extreme cases: some British communities found themselves unexpectedly flooded behind their defenses despite the high level of precaution they took.

Even where flood defenses do work, they often just pass the problem further downstream. What we need is not a single defense plan that relies too heavily on bulwarking flood water but a range of initiative that can make a combined effort to alleviate the potential for destructive flooding and to prepare those who must face it. The first step is to properly assess the risk and accurately identify the problem areas.

Dr Michael Hartnett, an engineer at the Environmental Change Institute at NUI, Galway, has developed a flood model that can accurately pinpoint how flood­waters will affect individual houses. His model can be used to deploy flood defenses in the most strategic positions possible. According to Dr Hartnett, “What you can do with a model like that is, say, if we put in these flood defenses, if we put in a sea wall here or embankments, how does that change the scenario?

Certainly from a planning point of view it is important,” he said. Dr Hartnett also suggests that dams should play a greater role in flood prevention, and not be solely used as means to produce electricity. ” They are worth money to the ESB, but they are worth an awful lot more to society if they alleviate a flood risk. I think we need to look seriously at this as an option,” he said.

Another prevention measure comes from Andrew St Ledger, the chairman of the Woodland League. He suggests that planting native trees in the uplands can help reduce flooding. The latest scientific research conducted by Bangor University in Wales supports this theory. They found that soil under mixed native trees absorbed water 67 times faster than under grass. Native trees have such deep roots that they provide channels to sent water much further underground.

The soil under native trees also acts as a sponge, sucking in water and then releasing it slowly. Full reforestation of upland areas would reduce flooding by 50% or more, but even partial native tree coverage would give significant flood alleviation. However, if we want to find the most effective solution for flood prevention we must look further afield to a country that has been dealing with the threat of floods for a lot longer than we have.

When the North Sea flooded the southwest of Holland in 1953 it killed 1,835 people and devastated the country. But from that devastation Dutch officials devised an ingenious network of dams, sluices and barriers called the Deltaworks. They also began to produce the world’s best water engineers and managers, and have advised on water governance projects in China, Africa and Austraia. Now the Dutch are implementing a new flood prevention measure to control their river systems, and if we don’t want a repeat of last December we should be paying full attention.

Room for the River is an agency that was set up in 2006 to reduce Holland’s four main river flooding. With a budget of €2.2 billion, it has been busy lowering floodplains, widening river and side channels, and moving 200 families. The overall aim is one that may seem counter­ intuitive to an Irish observer: rather than try to hold back their rivers, they want to give them more space.

The prospect of relocating families is one that nobody wants to face and even the Dutch were initially hesitant. However, when floods in 1993 and 1995 saw more that 200,000 people evacuated and hundreds of farm animals killed, they soon saw that it was the only viable option. They knew that they had to find a way to live with water rather than fight it. The Dutch have been fighting fighting back water for an incredibly long time.

Their first mount dwellings dates back to 500BC, their first dykes were built 1,000 years ago, and their windmills have been pumping water off the land since the 14 about their flooding prevention in the long term. Of course the main reason they have been so successful at dealing with the flood problem is because of the very real threat water is to most of the population. 26% of the country is below sea level and 29% is susceptible to river flooding.

For this reason, when a new flood prevention measure is introduced there are very few oppositional voices. Though flood prevention spending in Holland is very high the population are in favor of it because their survival depends on it. So when farmers are asked to relocate they do so compliantly, knowing that their sacrifice will ensure the safety of an entire city further downstream.

In Ireland we are still only learning the most elemental lessons about flooding. We must stop building inadequately prepared developments in flood zones. Developmental planning not only needs to account for the risk of flooding one year down the line but ten years, fifty years, and one hundred years. We also need to think beyond flood gates – a solution that is barely one step above this century.

It’s fair to say that the Dutch think sandbags – and start thinking about how to employ a variety of measures to prevent flooding. Dredging is a start but not a solution in itself. Dams can regulate water flow; smart ecology can be used to manage water absorption and release; and adapting the Dutch philosophy of leaving space for water can ensure that when the floods do come that they don’t go where they’re not invited. 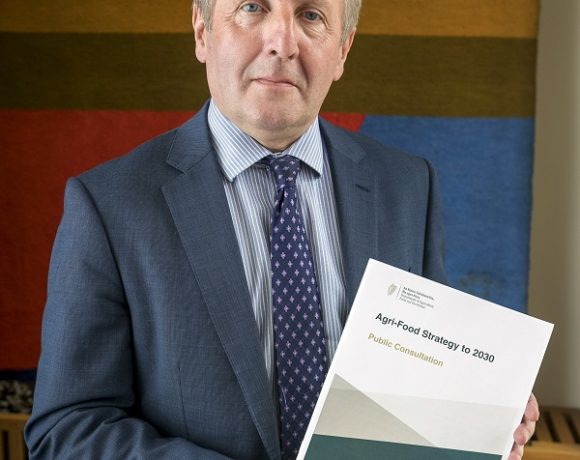 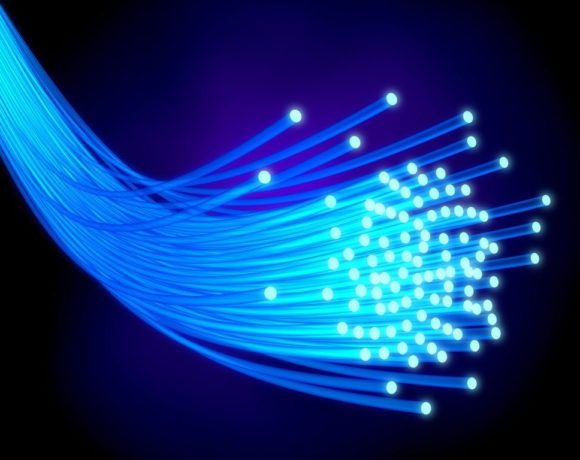 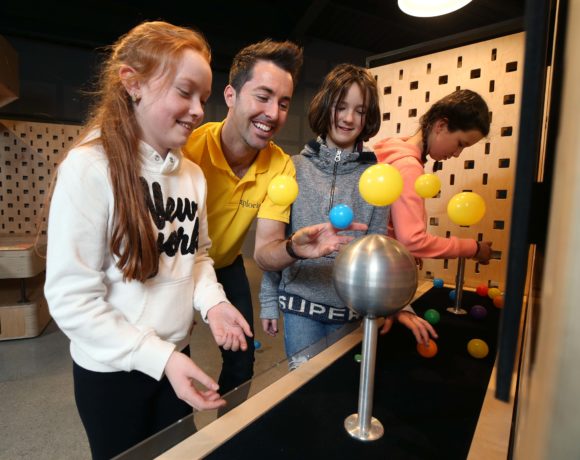