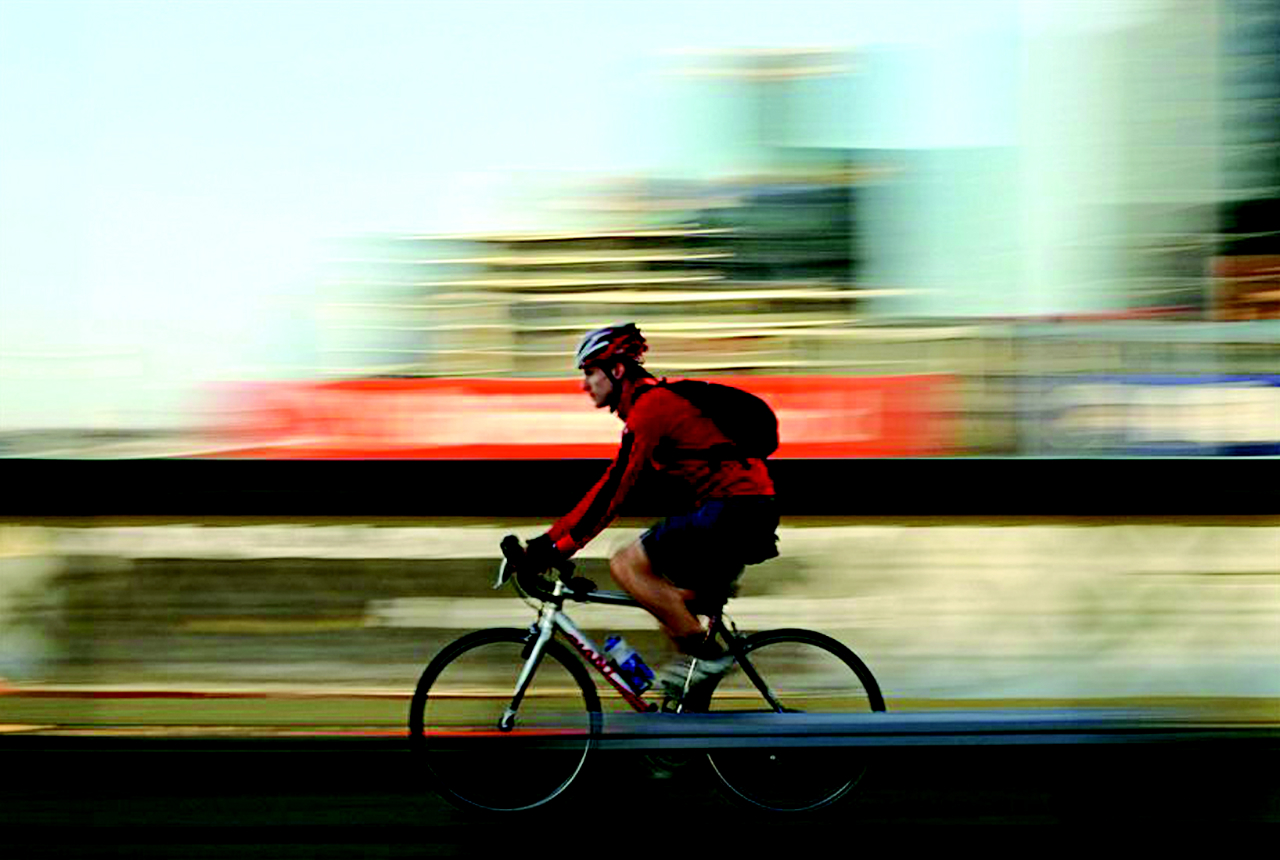 Active travel refers to journeys that use physical activity, such as walking and cycling, to move between locations. These journeys are generally understood as travel for purposes such as going to work, shopping, visiting friends or travelling to school; as opposed to recreational walking or cycling. The Institute of Public Health published a report in 2011 entitled Active Travel – Healthy Lives, highlighting the key role it played in improving community health and reducing health inequalities (Institute of Public Health 2011).

The Department of Transport’s National Cycle Policy Framework (Department of Transport 2009) suggests that in the Irish context a cost benefit ratio of 4:1 is reasonable for investment in cycling. For every €1 in government expenditure spent there is a potential of up to €4 in benefits to society. The provision of the groundbreaking Cycle to Work scheme has done allot to foster access to active travel but it has not been without its challenges for local government, tasked with the provision of adequate and safe cycling infrastructure within a limited and reducing budget.

The argument can be made of course that the cost-saving benefits of active travel such as cycling to the exchequer should spur an increased funding line for county councils that must adapt their local infrastructure to the growth of users in this area as a result of initiatives like the Bike to Work Scheme.

So how and what are local governments doing to meet this and what are the current funding and types of projects that are available for implementation.

The requirements of cyclists in both rural and urban areas has moved on since the first National Cycle Policy Framework was launched in 2009. This set targets up to 2020 such as the aim to have 10% of all journeys by bike by that date. According to the National Transportation Authority, the policy would be up for review shortly but that allot of progress has been made by both central and local governments to lay the groundwork for the shift to a more sustainable cycling infrastructure.

The NTA recently published the Draft Greater Dublin Area Cycling Network Plan, a lengthy document on the current state of Dublin cycling network with a referencing to some of the major urban centres countrywide also. It has also been active in aiding local government get some flagship cycling projects off the ground. One of the key effects of the original policy has been the coming together of personnel from the various local and central government agencies to allow for the vision of the policy to be implemented.

This in itself has added a momentum to many of the projects that have been proposed and completed. Historical infrastructural legacies have left local government with a long adaption process on their hands over many different areas – chief amongst them a cultural shift in the way people move around from point A to B and back. While great strides have been made in some of the major urban areas, many rural areas lag behind because of the scale of the work required and the lack of sufficient numbers to justify the spend. While daunting, it is achievable once the right resources and funding have been provided by central government to deliver on the vision.

There is approximately €6 billion in funding available for cycling initiatives from EU funding sources from period of 2014 – 2020. Only €600 million was allocated from the period 2007 – 2013 but this perhaps was a reflection of the lack of awareness by regional and local authorities as to what was available.

Luckily Ireland is slightly ahead of the curve having published its National Cycling Policy Framework mentioned above. This gives an overall structure and cohesion to the underlying aims of the projects. Large scale projects have been funded such as Hungary’s National Cycle Plan which came in at €200m. In 2012 funding was secured from the EU for the TransDanube Cycle Route and The Iron Curtain Trail. The feedback from successful applicants is to think big and involve as many partners in the process as possible so there is an overall ‘buy-in’ by all stakeholders.

In March, 2013 the Department of Transport, Tourism & Sport (DTT&S) announced a National Cycle Network Seed Funding Scheme. The Scheme provides start-up support to local authorities for cycle projects considered to have merit from the perspective of generating recreational, tourism and economic activity and for which the authority did not have the resources for initial planning and design work. Expressions of interest were invited and local authorities were advised that priority would be given to high quality, off-road greenway routes that have the potential to attract a large volume of visitors in their own right.

This has been taken up by many local authorities and some of the successful projects have been outlined here. As the vast majority of cycle users are commuters and hence using the current infrastructure, the NTA operates a Sustainable Transport Measures Grants (STMG) programme which was previously referred to as Traffic Management Grants.

This provides funding to local authorities for the implementation of various projects that contribute to the remit of the Authority.Funding of almost €33m was provided in 2013 for 279 projects with almost €40m being made available in 2012. Many larger projects are now funded on a multi-annual, multi-stage basis (design, construction etc), allowing for larger projects to be underwritten. There are 140 projects currently in progress.

In 2012 the NTA produced five-year investment frameworks in conjunction with local authorities. These help guide the selection of projects to be funded within a particular year, under the STMG programme. These framework`documents are revised and updated at regular intervals as new projects are identified, objectives are refined and particular priorities become evident.

The Ongar area of Dublin, west of Blanchardstown, is typical of much of the suburban development that took place during the last 15 years. Relatively low density in nature and characterised by high levels of car ownership and large distributor roads, areas such as this are difficult to serve efficiently with public transport while at the same time being too dispersed for walking to be a viable option for all but the most local trips.

Cycling is, therefore, an ideal mode of transport for many trips to/from and around the area. However, cycling infrastructure was generally provided on a site-by-site basis, which resulted in often disjointed routes that did not always serve the needs of all users. In order to address these deficiencies, Fingal County Council applied to the National Transport Authority for funding to design and construct a local cycle network for the Ongar area with the primary objective of providing direct, safe, and comfortable routes for cyclists, addressing in particular the needs of students and parents travelling to and from schools in the area. In tandem with this work, FCC liaised with the Green Schools team from An Taisce to ascertain what ancillary projects were required in the school environs, such as enhanced permeability of local areas for sustainable transport modes, and to foster a culture of cycling among the students.

This collaborative approach between different state agencies proved very fruitful and will be a model for similar schemes in future. The Ongar Cycle Network, which was launched in June 2014, includes a mix of two-way off-road cycle routes across open spaces and improved roadside cycle tracks, significantly enhancing the cycling offer in the Ongar area.

Speaking at the launch event at the Ongar Community Centre, Fingal County Manager, Paul Reid, and Councillor David McGuinness praised the work of the Council, the NTA, Green Schools and the schools themselves in collaborating on this important project for the local community and expressed their support for the growing cycling culture in the schools. Noreen Behan, Principal of St Benedict’s National School, also welcomed the new cycle infrastructure and expressed her hope that it would not only encourage healthier lifestyles among the students but also assist in reducing school-related car traffic by providing a safe travel alternative for the pupils.

The Ongar network represents one aspect of the NTA’s involvement in funding for sustainable transport in Fingal County and other local authority areas. Further cycle routes, including high quality, longer distance routes connecting to the Phoenix Park and on towards Dublin City, and upgrades of the Royal Canal towpath to provide for both leisure and commuting cyclists, are currently in development by FCC.

A similar approach is also being taken by the NTA in all counties across the Greater Dublin Area, in order to deliver the objectives contained in the National Cycle Policy Framework, published by the Department of Transport in 2009. More recently Dublin city council announced plans to have a two-way cycle lane on the north quays reducing car lanes to one lane-only and a bus lane. Many large urban areas, both cities and provincials towns have all undertaken some form of cycling regeneration or are in the process of consulting and designing some of the projects.

There is no doubt Ireland is on the cusp of a major shift in its transport usage but this change has not happened overnight as many within local and central government will testify. Much of what we see from a cycling perspective now has been a long time in the making. But it’s not just the Bike to Work scheme that has spurred a renewed interest in cycling from an Irish perspective. Worldwide, cities in particular are witnessing a comeback of the humble push bike after decades of car use.

Many factors have spurred this – cars are becoming an increasingly expensive mode of transport for city dwellers. Green initiatives aimed at curtailing the over-reliance on fossil fuels have also had an impact. Most important of all has to be the sheer efficiency of getting from one location to another within an urban environment.

Technology has also played its part with less materials to carry around as a result of smaller more powerful devices and cloud-based business solutions – it is no longer necessary to lug around folders, large laptops, and other paraphernalia. With large numbers of cyclists taking to the roads this has proven a major challenge for local, national and regional authorities. Current cycling initiatives vary depending on country and city, although Denmark and Holland are considered the standard bearers when it comes to cycling-friendly planning and policies.

One of the key findings of cycle planning is to remember that every cycling trip begins and ends with a parked bicycle, which means that bicycle parking should be an integral part of all cycling initiatives. Simply designing and building cycling network will not suffice as there needs to be well-placed and sufficient numbers of secure bicycle racks or bicycle parking areas. If there is even a doubling of those using bikes in any of the major towns and cities, the parking the bikes will become a major priority also particularly in Ireland’s confined cities and towns.

There are many innovative approaches to this and indeed one of the by products of the uptake in cycling has been the spawning of many cycling-related manufacturing micro-industries. This can only be a positive thing for many regional and local authorities, and through the enterprise boards will be in a position to offer a 360 degree support to wider community initiative with benefits on a national scale. 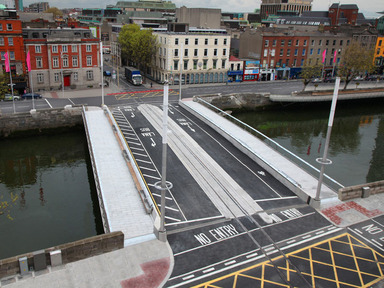 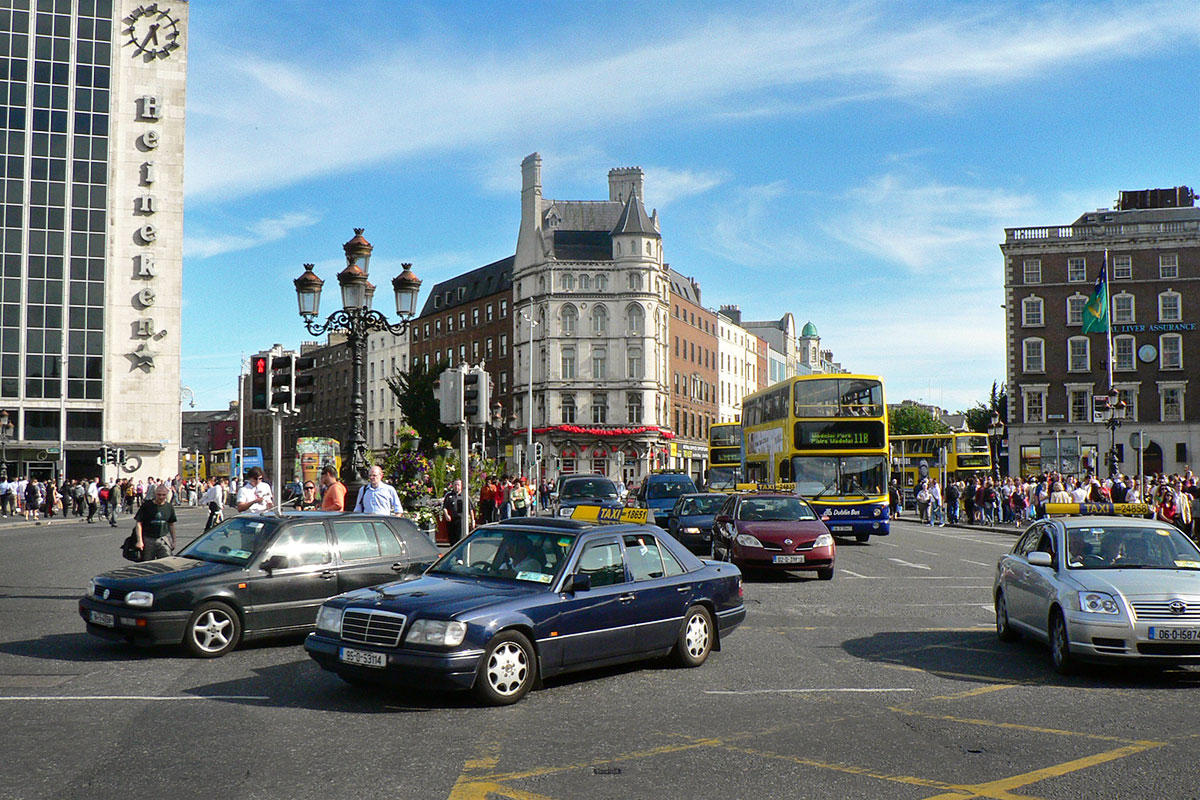