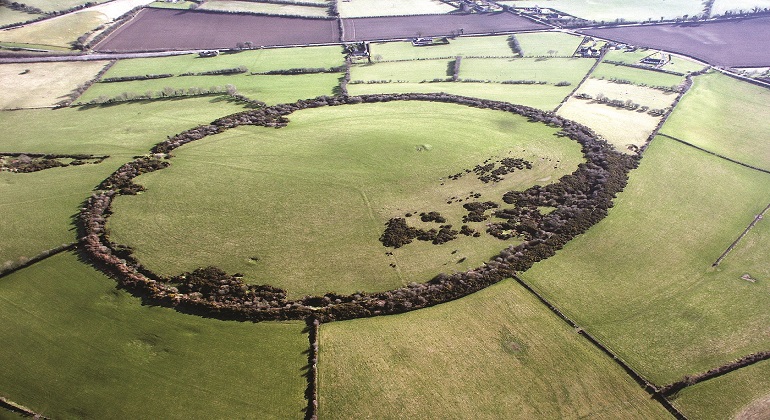 The Royal Sites of Ireland, a group of six unique collectives of largely prehistoric monuments and sites, have been announced as one of three successful bids to be added to Ireland’s Tentative List for World Heritage status. Dún Ailinne, (Knockaulin) in Kildare, is one of the six historic site, and is located on private land owned by the Thompson Family on the outskirts of Kilcullen.

In historic times the site was a symbol of Laigin or the Leinster kingship. At this time Leinster consisted of the south-east of Ireland and its northern-most border with Mide (Meath) was defined by the river Liffey.  During this period the Leinster men were rivals of Uí Néill of Mide who were creating the myth that the Hill of Tara was the seat of the Irish High Kings from time immemorial. Not to be outdone, the Leinster men developed Dún Ailinne as the symbol of Leinster kings

Spread throughout the island, four of the sites represent the ancient Kingdoms of Ireland and its current provinces of North (Emain Macha), South (Rock of Cashel), East (Dún Ailline) and West (Rathcroghan). Tara was the seat of the High Kings of Ireland situated in the ancient ‘fifth’ province of Meath (Midhe) while the Hill of Uisneach the ‘omphalos’ or centre was where the 5 kingdoms met.

Kildare County Council are excited to work with the Thompson Family and the Department of Housing, Local Government and Heritage to progress World Heritage Site designation for Dún Ailinne

The Royal Sites Steering Group is very much looking forward to starting their journey towards nomination. A critical element of this will be partnership, working with landowners, local and national stakeholders and the World Heritage Unit and the Department and we look forward to beginning this process together in the coming months. 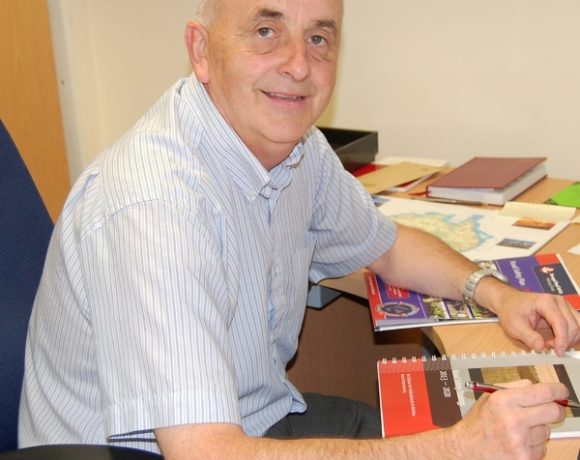 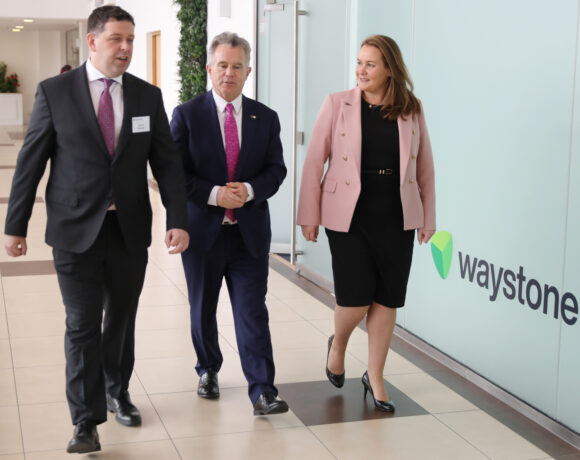 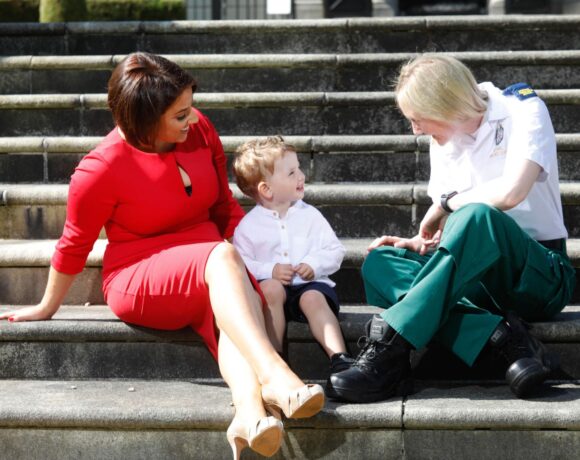