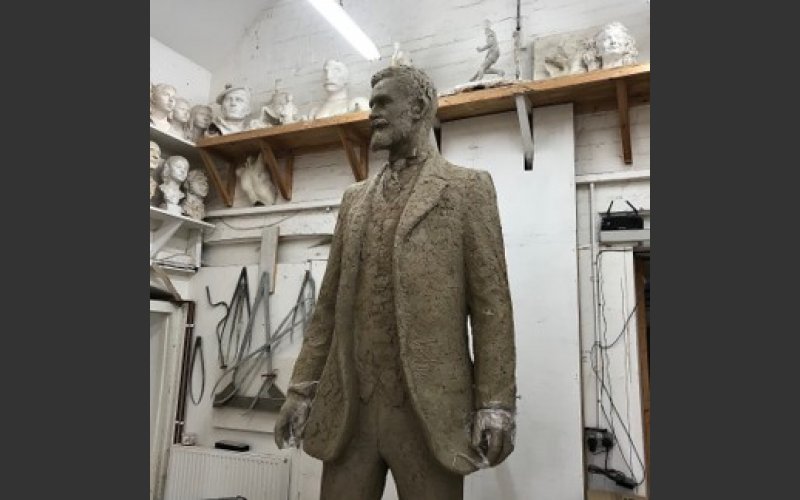 The Roger Casement Statue was lifted into place at the end of the new jetty at the Dún Laoghaire Baths project which is currently under construction. The statue was commissioned by Dún Laoghaire-Rathdown County Council and commemorates Casement who was born in Sandycove in 1864, became an early international human rights campaigner and who was executed for his part in the 1916 Rising.

Speaking at the arrival of the sculpture to the site, An Cathaoirleach Lettie McCarthy, said, “I am delighted to see this sculpture of Roger Casement being lifted into place. It is a remarkable piece that will undoubtably become a focal point of interest. Its arrival also marks further progress on the redevelopment of the Dún Laoghaire Baths area.”

The statue was created by sculptor Mark Richards FRSS following an open competition and is a representational bronze, standing over 3m tall.

Casement was one of the most interesting Irishmen in the late nineteenth and early twentieth centuries. He joined the civil service and held a number of consular appointments in various locations in Africa. During this time he investigated and produced a hugely influential report on human rights abuses carried out by European commercial concerns in the Belgian Congo. The Congo Reform Association he helped to found was a prototype of the modern human rights organisation. He later reported on the abuse of rubber workers in Brazil for which he was knighted in 1911.

Casement’s life changed course as he became increasingly interested in Irish nationalism. He resigned from the Foreign Office in 1913 and devoted his energies to Irish independence. Travelling first to America, he most notably went to Germany to garner their support for a Rising in Ireland. On Good Friday 1916 he landed at Banna Strand, County Kerry, where he was immediately arrested. When he was transferred to London to stand trial, his last sight of Ireland was from the boat at Dún Laoghaire harbour, near the place of his birth. At the end of a high profile trial he was found guilty of high treason and executed at Pentonville Prison on 3 August 1916. In 1965 his remains were returned to Ireland for burial.

Casement was an extraordinary Irishman who used his voice to challenge the status quo and the unchecked exploitation of people and natural resources. His legacy remains of great relevance to the contemporary world and his concerns about the human and environmental impact of commercial supply chains remain wholly relevant today.

Works at the Dún Laoghaire Baths site are now significantly advanced. Completion was expected in December 2021 but due to Covid and other site factors, the project is likely to be delivered in late Spring 2022. When complete the project will provide for the continuing public use of the area. The current projected cost is €13.5m which includes the refurbishment of the existing Baths Pavilion, constructing a new jetty to give easy access to the water for swimming and the creation of a new route between Newtownsmith and the East Pier. This walkway will be at a level that will create a safe and secure walk offering panoramic views over Scotsman’s Bay. The form of this walk will reflect the original rocky shoreline and the historic alignment of the old gun battery that was originally located on this site. The walkway will incorporate sitting and viewing points and the land adjoining this walk will be re-graded to create sloping grassed areas. The scheme also includes the refurbishment of the historic small gazebo situated along this route.

The former Pavilion building has been substantially refurbished to provide studio space for artists and to provide gallery and café facilities overlooking Scotsman’s Bay. The original Baths entrance along Windsor Terrace is being restored to provide access to the building while an outdoor ‘café terrace’ linked to the new café will provide an attractive sitting area for viewing, eating and relaxing. The Pavilion will also provide a new public toilets Changing Places facility and will be accessible for wheelchair users. 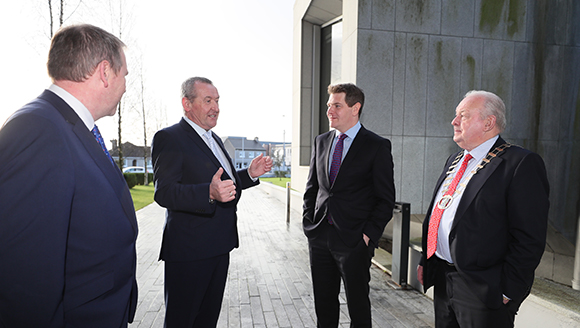 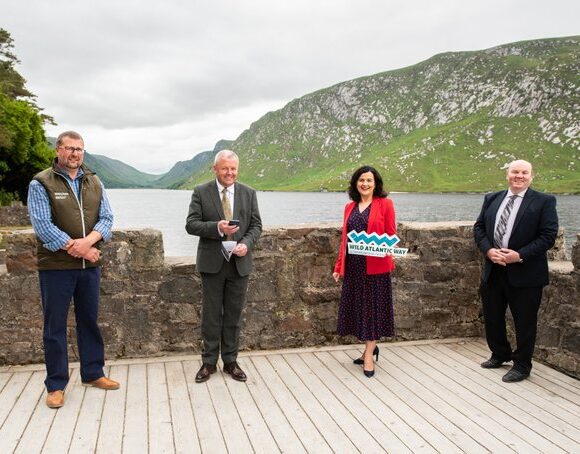