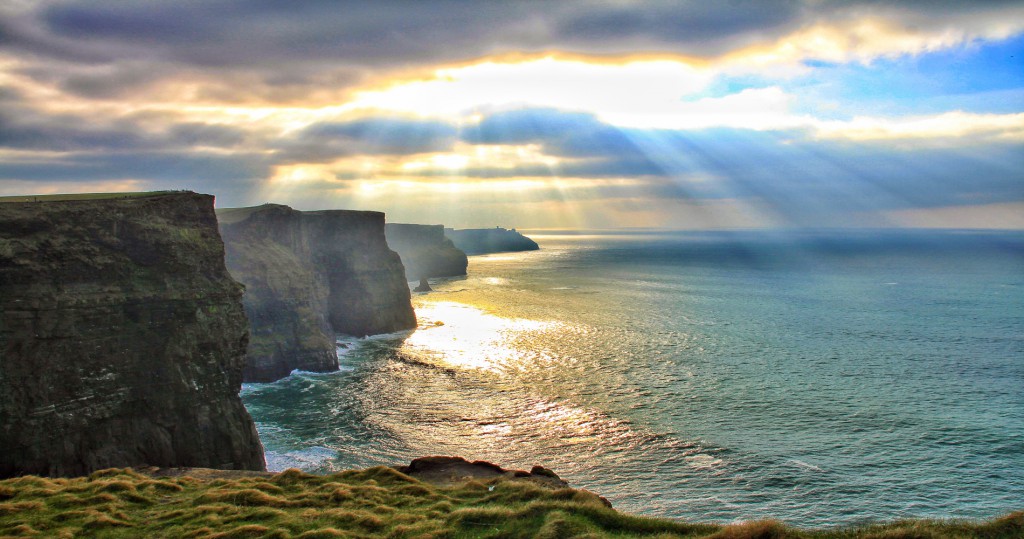 Tourism is Ireland’s biggest indigenous employer with visitors to the country spending €4.6 billion in 2016, according to Fáilte Ireland figures.

That figure is spread across all Ireland’s regions but the Irish Tourism Industry Confederation (ITIC) has collated data to give a breakdown of areas benefiting most from tourism.

Unsurprisingly, Dublin leads the way with tourist expenditure in Dublin accounting for 43% of all the money spent here, and in monetary terms comes it comes in at just under €2 billion.

What’s striking about Dublin’s share is that it has grown each year over the past three years from 38% of the total in 2014.

In a commentary on the figures, the ITIC speculates that Dublin’s increasing share of visitor spend may be partly to do with the trend for more city-break travel.

The regions are broken down into the seven different regions that are used by the CSO and in those terms the southwest, comprising Cork and Kerry, has the second-largest spend by tourists.

Those two countries together raked in €849 million last year, or 22% of the total.

The border region, which is made up of the five counties bordering the North of Ireland plus Sligo, has shown the biggest growth in tourist spend over the three-year period to last year.

An increase of more than €100 million was recorded, meaning the border region has moved ahead of the south east in terms of where tourists spend their money.

Fáilte Ireland has also put together an updated list of the most popular tourist attractions in the country, both paid and free.

These figures come on the back of Fáilte Ireland’s ‘Tourism Facts 2016’ report, which showed 2016 to be a record year for Irish tourism. 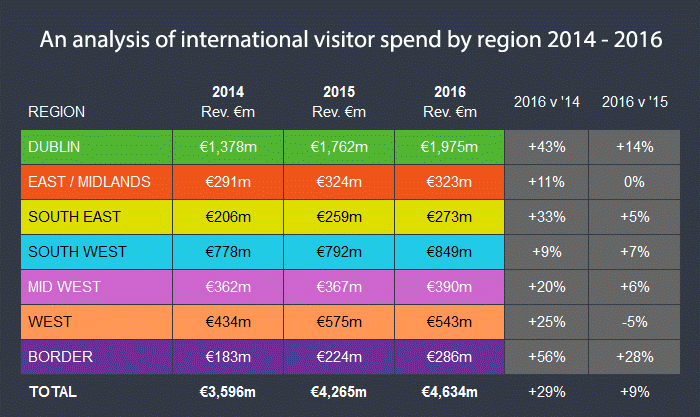 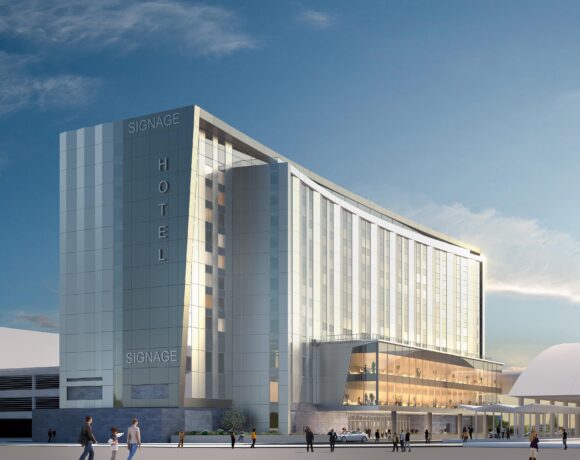 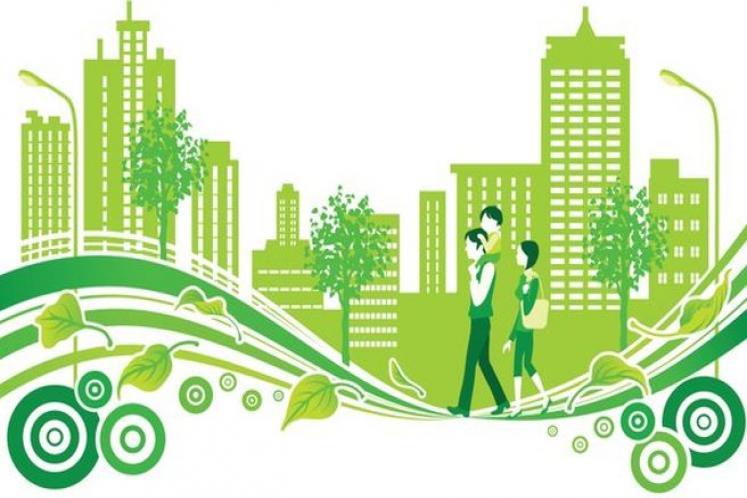