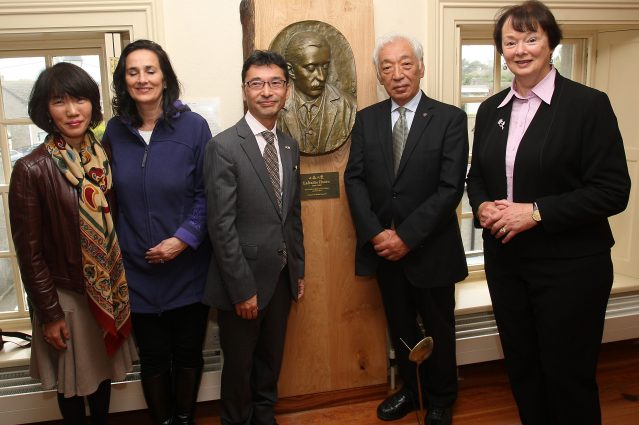 Lafcadio Hearn Japanese Gardens in Tramore celebrate their first anniversary this summer. The gardens, which opened in June 2015, were dedicated to the eminent Irish-Greek writer, Lafcadio Hearn, who had childhood associations with Tramore, and who is renowned for his work on Japan. The project first began in 2014 when Tramore Development Trust County Waterford acquired a lease from the local authority on a 2.5 acre, semi-abandoned site in the town centre. The work was carried out by ten members of the Tramore Community Employment Scheme under the guidance of designer and manager, Martin Curran.

Now, under the Community Service Programme (CSP), managed by the non-profit Pobal on behalf of the Department of Social Protection, the gardens will undergo further development, with funding being provided for a full time manager for maintenance and development, an assistant manager and an administrator/ marketing manager. CSP gives grants to community businesses that deliver services and create employment for people from disadvantaged groups. The Lafcadio Hearn Japanese Gardens is just one of 398 community companies and co-operatives that the programme supports.

The Community Services Programme started in 2006 as the successor to the former Social Economy Programme. The objectives of the Programme have remained broadly similar to those stated in 2006 i.e. to support voluntary and community organisations to provide essential services and businesses to their communities with services designed to alleviate disadvantage, promote sustainable social and economic development, provide employment for those most distant from the labour market and strengthen local ownership through participation in decision-making.

At the end of 2015, 398 companies were directly supported by the CSP and received a contribution towards the wage costs of just over 1,700 employees. Funding of over €45m has been provided for the programme in 2016, which will maintain the current level of activity.

The CSP works in communities where public and private-sector services are lacking, for example through geographical or social isolation, or because of demand deficits (i.e. where demands not being met by existing services).

It also aims to ensure that the benefits from public investment in community amenities are fully realised. One example of this is where additional CSP funding could enable an existing service to operate for longer hours.

Recently, the focus of CSP has turned to securing real and positive employment opportunities for local people within their own community, exploiting the potential of community assets and resources already in place and supporting the delivery of services that improve community well-being – Lafcadio Hearn Japanese Gardens being just one example of this.

At least 70% of employees in CSP-supported worker posts are recruited from target groups, including people with disabilities, those that are long-term unemployed, members of the traveller community, people who are recovering from drug misuse, ex-prisoners and people transferring from community employment and job initiative schemes. Eligibility for service providers fall under three broad categories: management of community halls and facilities; delivering community services; and community enterprises providing employment for people from marginalised groups and communities.

The actual services that are provided under these strands are varied in nature across the whole programme. There are for instance community laundries, media (community radio and publications), house maintenance and homecare for elderly and disabled people, management of community facilities and sports/leisure centres, community childcare, disabled and rural transport, rural tourism, heritage centres, recycling and environmental works.

For Tramore, with their new Lafcadio Hearn Japanese Gardens, the CSP has proven to be a great successand hugely helpful to the town’s development. Its anniversary will even be attended by the H.E. Ambassador of Japan, Mari Miyoshi.

Agnes Aylward said: “Speaking on behalf of Tramore Development Trust, and as the Project Director, I cannot emphasise enough the importance of the CSP funding to this project. The project is very ambitious. To succeed, the gardens must maintain the very high standards they have set.  This simply could not be done without the skilled resources we have been able to acquire with the assistance of the Community Services Programme.

“It is particularly good to see that one of the CSP positions has been taken up by a former employee of the CE scheme.  This gives continuity to the project as well as providing a career path to the employee in question.  Another point worthy of note is that the gardens are a happy and satisfying place of work. The reward is there to be seen and experienced through the comments of visitors.” 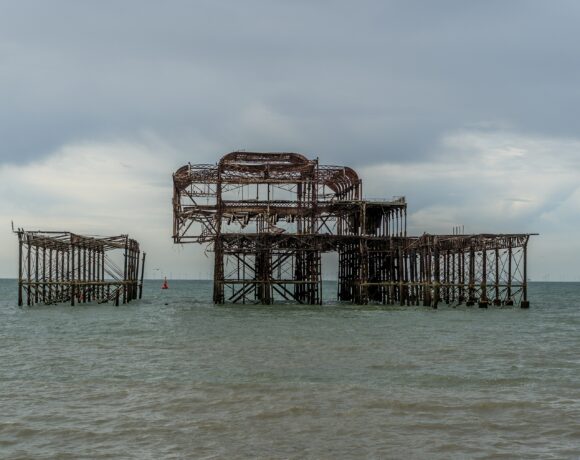 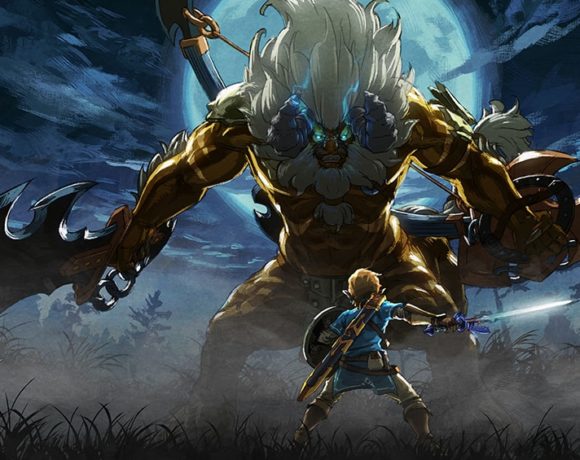 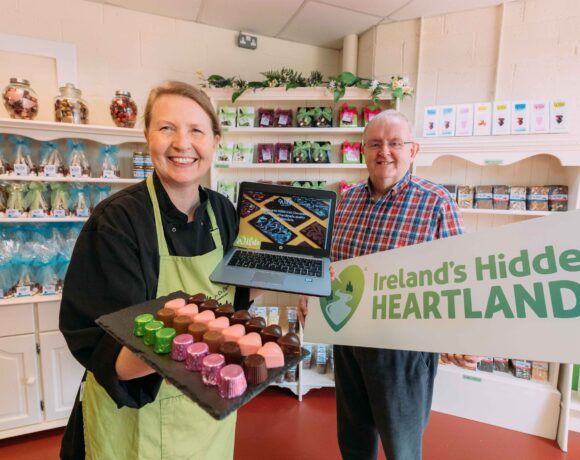