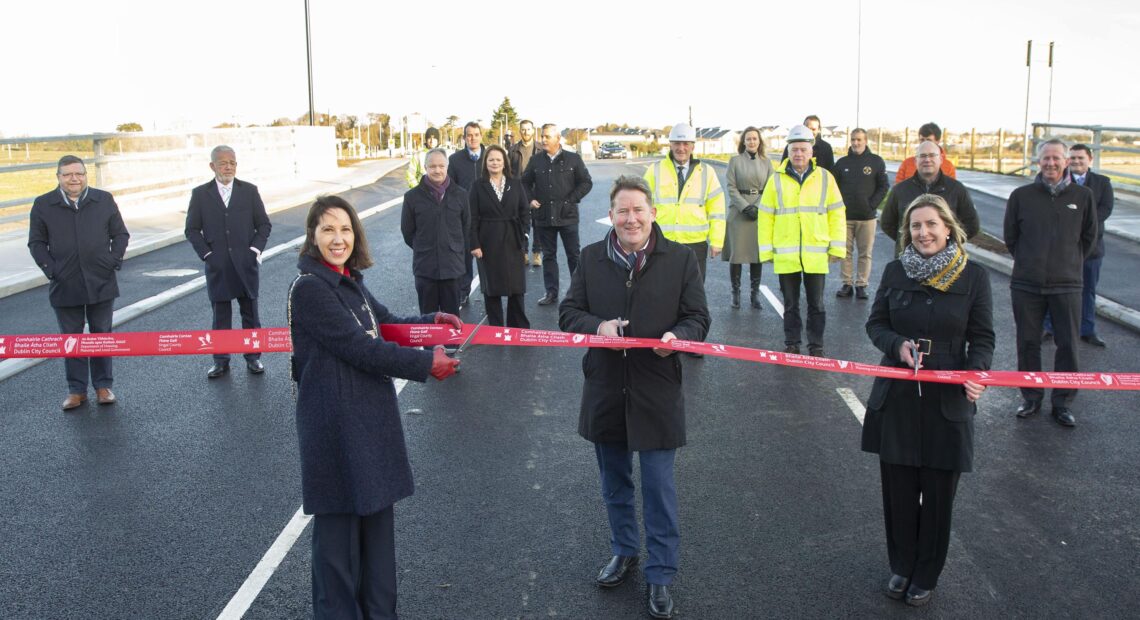 The brand new Hole in the Wall Road extension to increase access in Fingal has officially been opened by the Mayor of Fingal, Cllr Seána Ó Rodaigh, the Minister for Housing, Local Government and Heritage Darragh O’Brien, TD, and the Lord Mayor of Dublin Alison Gilliland.

The €12m project, which was co-funded under the Local Infrastructure Housing Activation Fund (LIHAF), commenced construction in February 2020 and will help to significantly enhance the local transportation network as well as address the anticipated housing needs of a quickly changing demographic in Ireland’s youngest county.

The new connecting road and upgraded junction, on the border between Fingal and Dublin City, provides a direct link through to Drumnigh Road from Balgriffin and allows better access to Mayne Rd which runs to the picturesque coastline at Portmarnock and the Baldoyle to Portmarnock Greenway. This will also help ease congestion in the area, as more people move to Fingal where new residential developments provide easy access to the city along with a relaxed, modern lifestyle with pristine beaches and large parks nearby.

Completion of the high-quality roadway infrastructure means Fingal is delivering its third LIHAF project under the Rebuilding Ireland programme having already opened the Donabate Distributor Road and Rathbeale Road Upgrade. The objective of the fund is to help provide essential public off-site infrastructure in order to relieve critical infrastructure blockages.

Fingal is undertaking an ambitious housing programme that will ensure it boosts the number of social, affordable and private housing right across the county, including in the coastal area around Baldoyle and Portmarnock. The Council recently announced it was investing some €393m towards housing over the next three years, which will see it provide a large number of homes with a mix of different types and sizes suitable for a range of different households, including the elderly and others with specialist housing needs. Alongside this it will also create a range of community and other facilities to form complete and vibrant neighbourhoods.

As part of the Hole in the Wall extension, a new bridge was built over the River Mayne which forms part of the administrative border between Dublin City Council and Fingal County Council. To help boost Active Travel in the area, a new pedestrian and cycle path was also installed beneath the bridge and along the river to connect to pathways provided by others east and west of the bridge.

Mayor of Fingal, Cllr Seána Ó Rodaigh said, “there is much to celebrate about today’s opening. We have worked hard to ensure we have not only been able to improve safety, travel times, local access and connectivity for all road users, but importantly that the project helps underpin our ambitions to meet existing and future housing needs in the area.”

“Fingal has committed nearly €400m towards progressing plans for more houses over the next three years alone, so it is crucial that we have the right supporting infrastructure like this in place in order for us to be able to deliver housing for those most in need in the community.”

Commenting Minister O’Brien said, “I am delighted to be part of this momentous occasion. My Department provided significant funding of €4.7m through the Local Infrastructure Housing Activation Fund (LIHAF) for the construction of the road. The aim of LIHAF is to fund the provision of essential infrastructure to enable residentially zoned lands to be developed.”

“The opening of the brand-new Hole in the Wall Road extension will be of immense benefit to the people of Fingal and will provide for further residential construction, something we most certainly need here in the youngest and fastest growing county.”

The Lord Mayor of Dublin, Alison Gilliland said, “it is great to see this major infrastructure finally open. It will greatly enhance the connectivity between our two local authorities making this particular stretch of road much safer. It also opens up better opportunities for much needed housing development. Dublin City Council took responsibility for the traffic communications elements of this project and will have a role in monitoring the junctions so as to ensure smooth traffic flow.”

Fingal received around €27 million in LIHAF funding. The money allocated has been used to complete three strategic projects across the County which will help facilitate increased housing availability, including the improvement of crucial road infrastructure in the area. The first project funded under the LIHAF scheme, the Donabate Distributor Road, was completed in early 2020 with the Rathbeale Road Upgrade in Swords also opened in 2020. 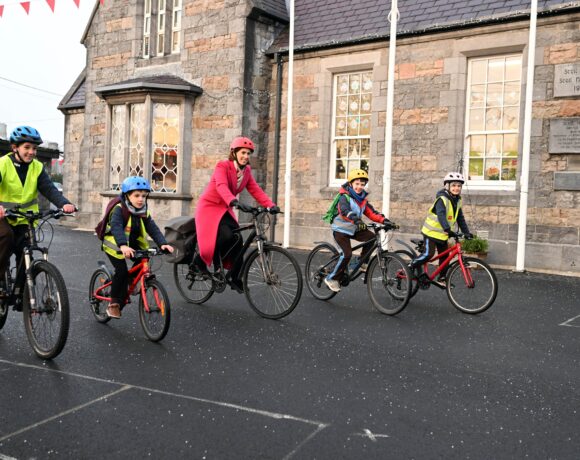 Round Two of the Safe Routes to School Programme 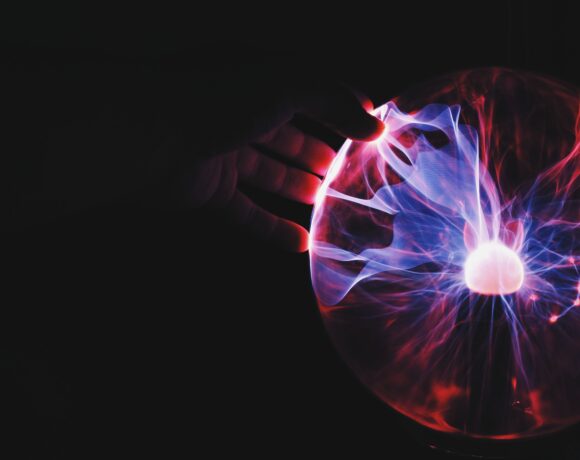 Funding of Up to €13.3M for Three Innovative Projects 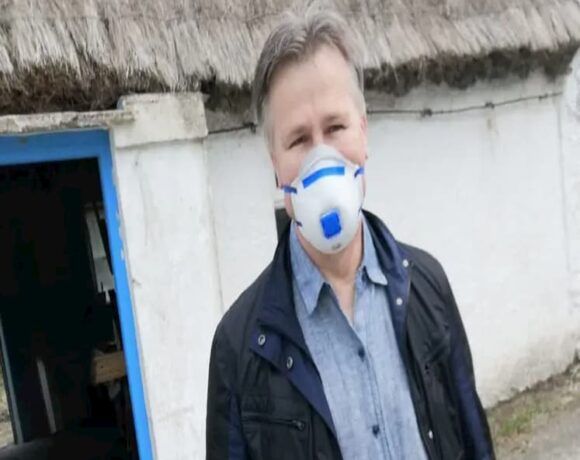