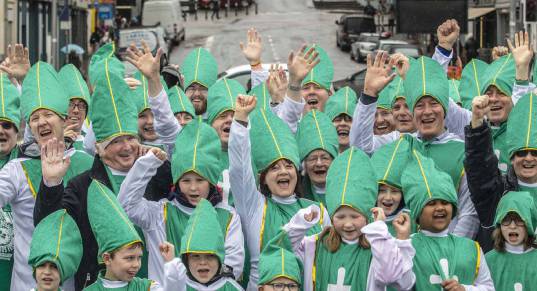 In celebration of the recent €1.2 million restoration of Cork’s St Patrick’s Bridge over 158 men women and children braved the weather and came out dressed as Saint Patrick to take part in the ultimate St Patrick’s Festival.

All of the people gathered had responded to an invitation from Cork City Council for anyone, young and old named Patrick or Patricia to dress up and participate in the event. The first 100 at the Metropole Hotel picked up a free St Patrick costume to wear in the picture and take home.

Among those in attendance were three generations of Buckleys from Glasheen and Bishopstown were amongst the fun-loving crowd. Grandfather, Patrick Buckley, his son Patrick and grandson, 7 week old, baby Patrick who were all dressed to impress out for the event. A formal opening ceremony took place on the bridge later in the day when a commemorative plaque to mark the restoration was unveiled.

As part of the project, Cumnor Construction cleaned, repointed and repaired the stonework on the 19th century heritage bridge. Specialist repair and restoration work was undertaken on the bridge’s lamp columns and additional damaged lamp columns, that were found in storage, were refurbished and put in place.

The bridge’s footpaths and carriageway surfacing were also replaced and new road markings put in place. Existing traffic lights, elevation and architectural lighting and signage on the bridge were also all upgraded. 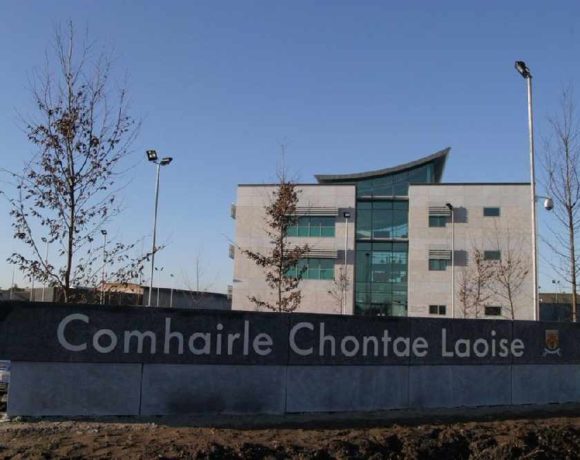 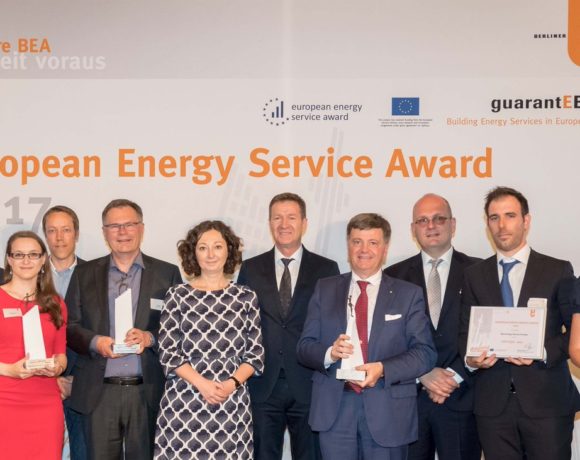 Companies Urged to Apply for the European Energy Service Award