Parked cars to protect cyclists in Dublin under new plan 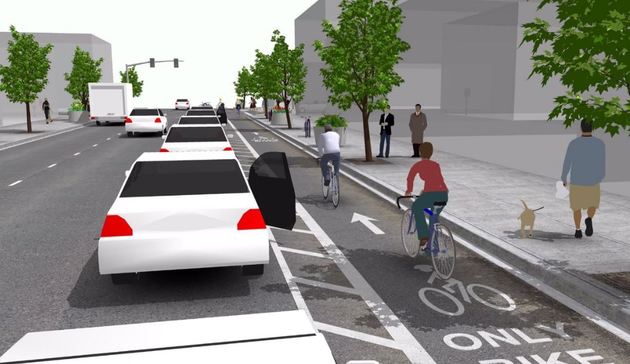 Switching to a cycling commute may have enormous health benefits, but only if we can avail of a safe cycling environment.

That has been the call from cycling advocates for sometime and echoing this sentiment is recently published joint research from Trinity College Dublin and UCD – entitled ‘Health Impact of Cycling in Dublin on Individual Cyclists and on the Local Population’.

In attempt to protect cyclist’s in the capital, Dublin City Council is to seek funding of up to €1.1 million from the National Transport Authority (NTA) to construct a cycle route of just under 1km from Fitzwilliam Place to Merrion Square, using parked cars to create a “buffer” against traffic.

The Parking Protected Cycle Lanes concept swaps the position of car parking and cycle lanes, so that cyclists travel beside the footpath and are “protected” from traffic by parked cars.

The Fitzwilliam Cycle Route proposed by Fine Gael city councillor Dr Paddy Smyth, could eventually link the Grand Canal premium cycle route, to all the south Georgian squares, creating a network of segregated cycle routes across the south east of the city.

Cyclists and cycle lobby groups frequently complain about cars parking in bike lanes forcing cyclists out into traffic, and the danger posed by drivers and passengers opening doors in front of oncoming cyclists. The proposed system, removes both these hazards.

Speaking with The Irish Times, Dr Smyth said “The concept of ‘Parking Protected Cycle Lanes’ is that parked cars, instead of being the hazard to cyclists they now are, could be used to protect cyclists from traffic.”

“It involves reconfiguring the road so that you put the cycle path directly adjacent to the footpath. You then have a buffer zone between the cars the and cyclists, then the parked cars, then the road.”

The proposal also turns on-street parking from a blight to an asset, he said.

“The reason I proposed this in the first place is because so many over our beautiful Georgian streets, wide thoroughfares that would be the envy of any city, are used as traffic sewers and underused overflow carparks.” The cycle lanes would, he said “not only provide first class cycle facilities and calm traffic , but will also significantly enhance the area as a public amenity in its own right.”

Council engineers will now agree final design details with the NTA, before submitting a funding proposal. The scheme could cost between €786,000 and €1.1 million depending on the design chosen. 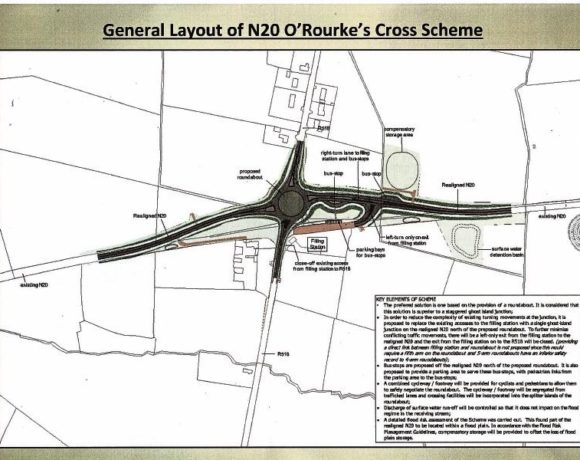 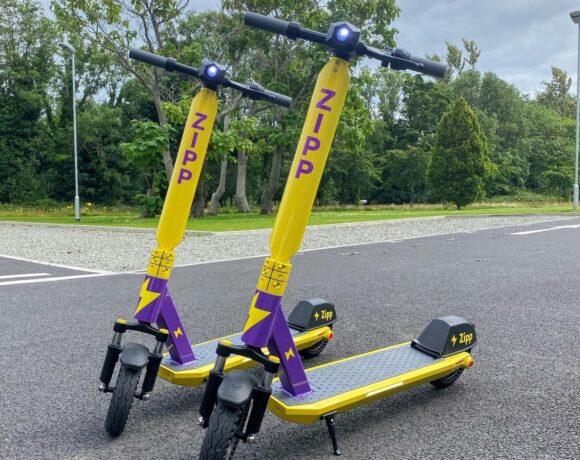 A Q&A with Will O’Brien, VP, Growth & Government Affairs at Zipp Mobility