Philadelphia Mayor endorses work of Ireland North West in US 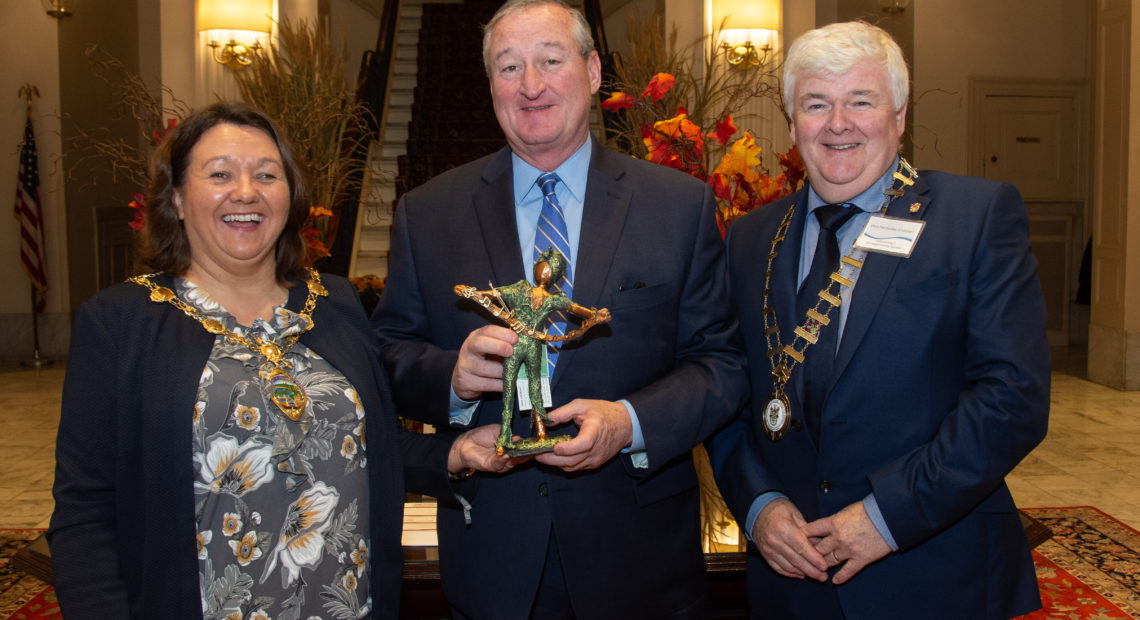 The Mayor of Philadelphia, Senator Jim Kenney has met an Ireland North West delegation of civic leaders, officials and education institutions who are in Pennsylvania’s largest city exploring opportunities for business and educational partnerships.

The delegation led by Cathaoirleach of Donegal County Council Cllr. Nicholas Crossan and Mayor of Derry City and Strabane District Council, Councillor Michaela Boyle met Senator Kenney in Philadelphia where gifts were exchanged and officials showcased the North West region as a prime location for investment.

Speaking at the meeting the Philadelphia Mayor said: “It was a great honour to meet with Mayor Nicholas Crossan & Mayor Michaela Boyle and during their time in Philadelphia.

“In Philadelphia, we pride ourselves on being an international city—one that embraces our diversity and celebrates our connections to people and places across the globe. Ireland has long been a top partner for the Philadelphia region, and this visit from the Mayors of Donegal and Derry City Strabane is the latest example of our commitment to continued cooperation between the regions.”

Cathaoirleach Cllr Nicholas Crossan said Mayor Kenney’s attendance at the breakfast event was an indication of his support and commitment to the region while Derry City and Strabane District Council Mayor Cllr Michaela Boyle thanked Mayor Kenney for his hospitality and support for the North West region. The delegation’s busy itinerary included a morning breakfast meeting with officials from the Select Greater Philadelphia Council about opportunities and advice for companies from Donegal and Derry/Strabane area if they want to base themselves in the area.

Meetings were also hosted with key partners in Philadelphia about ways of strengthening their existing links with the North West of Ireland.

The trade and investment mission is led by Donegal County Council and Derry City and Strabane District Council and includes representatives from third level and further education providers and development organisations including Ulster University, Letterkenny Institute of Technology, the North West Regional College, Donegal ETB and Catalyst, who also explored Workforce Development and Apprenticeship Programme partnership opportunities with their counterparts in the area.

The visit to Philadelphia is part of the Council and partner’s wider international relations programme to promote the North West globally and enhance its reputation and capacity to attract investment, expand business opportunities, extend global reach of the region and attract educational and cultural ties and reach.

During the visit the North West delegation will travel to Boston to link up with the eight companies from the Donegal County Council and Derry City and Strabane District Council areas for a number of days of meetings, networking and civic events.

As part of the trade mission next week the delegation will promote the educational opportunities in the North West with the diaspora community in Philadelphia, where educational organisations will have the opportunity to showcase the world-leading education provision across UU, NWRC, LYIT and Donegal ETB.

The group will meet with leading business executives and industry influencers, in both Boston and Philadelphia, including Mayors Kenney and Walsh from Cities of Philadelphia and Boston respectively.  The Mayors will use the occasion to strengthen the civic ties that exist between these two great American cities and the Northwest.

A key event during the visit will be the launch of the Atlas for a City Region at Harvard University – a unique 18 month long project commissioned by Donegal County Council and Derry City and Strabane District Council under the auspices of the North West Regional Development Group,  to investigate how the cross border Letterkenny/Derry North West City Region can be shaped in light of the economic, political and social realities of Brexit.

The group will also attend a series of civic events including meetings with the Irish International Immigrant Centre, Boston’s District Hall and the Boston State House, as well as take part in the annual Golden Bridges Conference and Awards luncheon.

The companies travelling with the delegation will follow their own bespoke itinerary where they will meet with key contacts to explore and understand opportunities in the US market, develop in-market networks and build relationships with potential customers, agents/distributors.

The companies travelling as part of the delegation are – O’Neill’s International Sportswear, Humanity Cosmetics, Learning Pool and Brand It Technologies from the Derry and Strabane District Council area and from Donegal, EKO Chute, MMG Welding and Wild Fuschia Bakery.

For more information visit www.irelandnw.com and follow on social using the hashtag #IrelandNW19. 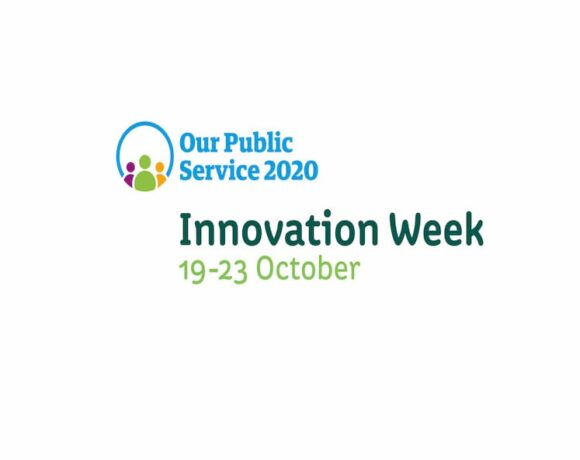 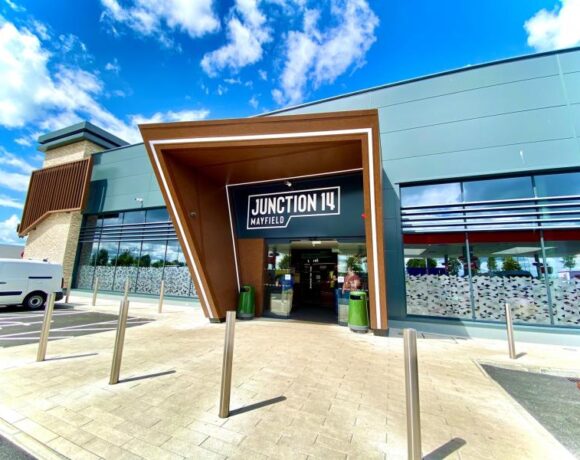 The Best Service Stations In Ireland