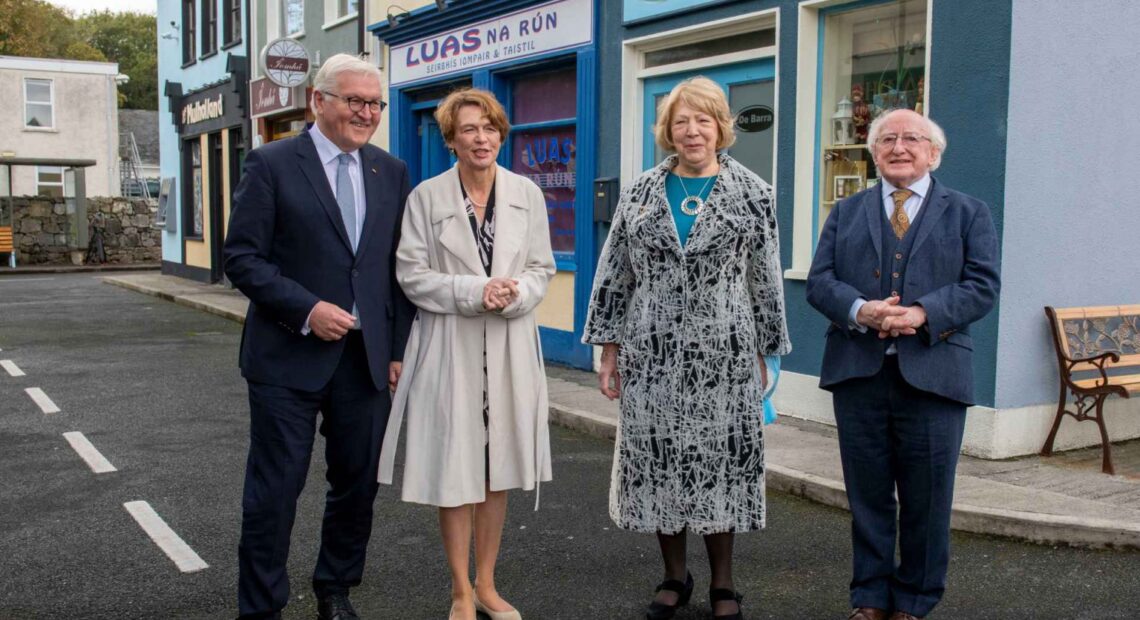 President Michael D. Higgins and President of the Federal Republic of Germany Frank-Walter Steinmeier together with their wives Sabina Higgins and Elke Büdenbender visited the Ros na Rún studios in An Spidéal, Connemara as part of the German President’s three-day state visit to Ireland to acknowledge TG4’s 25th anniversary

President Higgins founded TnaG when he was Minister for Arts. The station went on air for the first time on October 31st 1996. Over the past 25 years, TG4’s vision has been to promote the Irish language and culture in people’s lives in Ireland and worldwide. TG4’s motto ‘Súil Eile’ is to show the world from a different perspective and to shine a light on communities that aren’t in the mainstream. The Presidents were given a taste of the cultural, linguistic, and economic importance of TG4, especially Gaeltacht regions.

Also present were Údarás na Gaeltachta who had a leading role in training and development in the sector in 1996 and continue to work closely with TG4 to support development, sustainability of employment in the creative sector in Gaeltacht regions.

They were treated to a live action scene from Ros na Rún actors on set and a musical performance by internationally renowned traditional Irish musician and composer Johnny Óg Connolly and sean-nós singer Pól Ó Ceannabháin. Johnny Óg, from An Spidéal has collaborated with many musicians and has composed music to the poetry of Máirtín Ó Direáin and most recently for poems by Joe Steve Ó Neachtain. Pól Ó Ceannabháin from Carna, in the Connemara Gaeltacht won the coveted sean-nós singing competition, Corn Uí Riada at Oireachtas na Gaeilge in 2012, was awarded TG4 Gradam Ceoil Singer of the year in 2016 and was ambassador for Culture Night Ireland 2020.

Siún Ní Raghallaigh, Cathaoirleach of the TG4 Board spoke about TG4’s anniversary and future of the station, “since it launched in 1996, TG4 has been a champion of Irish culture, creativity and talent and has grown its audience both at home and worldwide through the TG4 player. 2021 is an important milestone for TG4 as we celebrate our 25th year on air and look forward to continuing to invest in a vibrant, creative independent sector which ensures TG4 and the Irish language remain relevant and important part of Ireland’s Public Service Media.”

Referring to the presidential visit Micheál Ó hÉanaigh, Chief Executive, Údarás na Gaeltachta commented, “the audio-visual sector is vitally important to the Irish language and the Gaeltacht itself and it is a source of pride for Údarás na Gaeltachta to have had a central role in the growth of the sector over the last forty years and especially in advance of the establishment twenty-five years ago of Teilifís na Gaeilge or TG4 as it is now. We are delighted to have had the opportunity today to highlight those intertwined aspects of Gaeltacht tradition and innovation to both Presidents.” 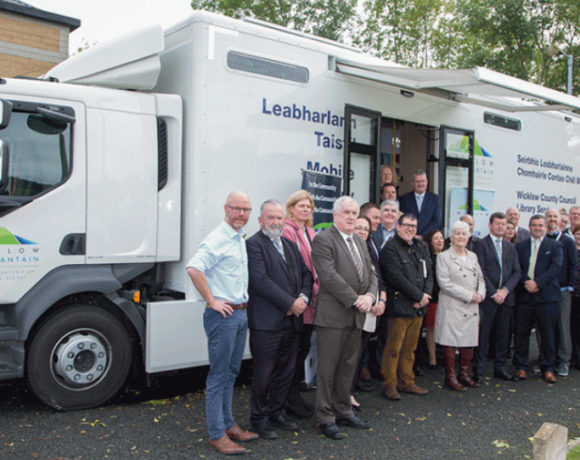 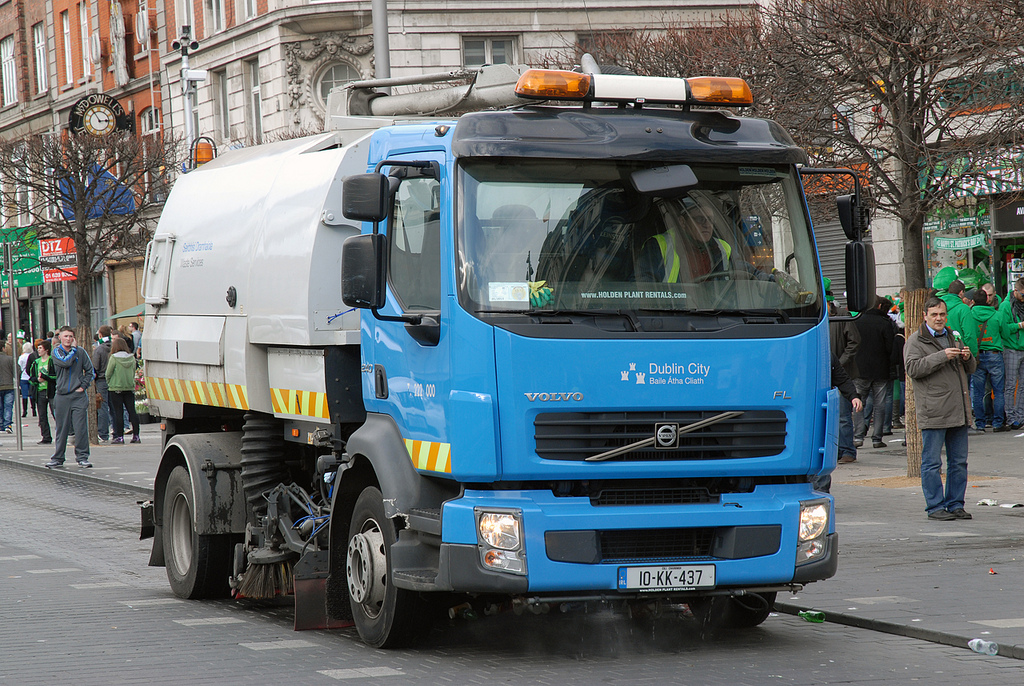 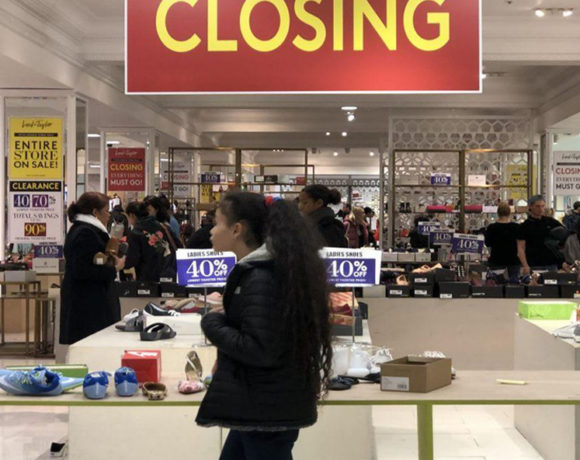