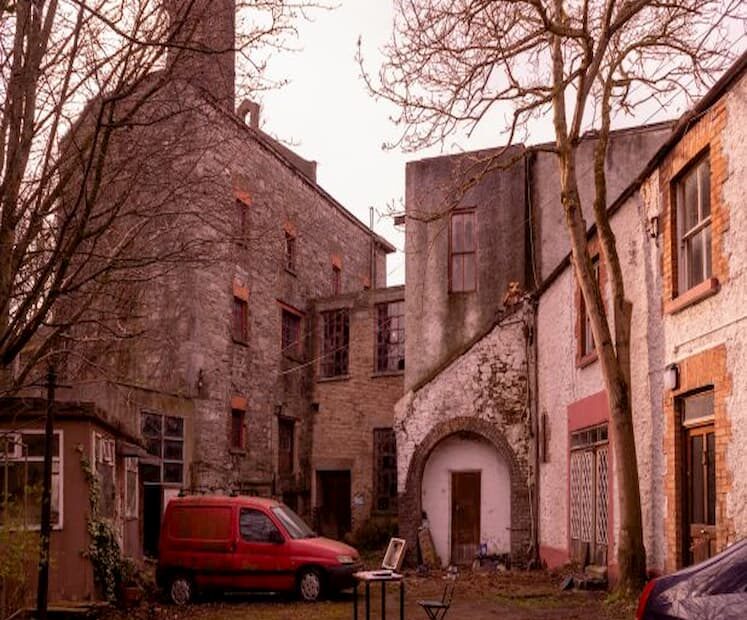 In recent years Kilmainham mill has become run down and is in desperate need of renovation. Failed developments, an American consortium takeover and falling into the hands of NAMA have been its downfall. The building has been left idle with countless stories of what will come of it; sadly it had become little more than a rumour mill. Local residents have been campaigning to save the mill from developers and want to see the building preserved. Well the good news is in; Dublin City Council have purchased the mill and it will be saved. I recently spoke to Maurice Coen, local resident and member of the heritage society, about the past, present and future of Kilmainham mill.

Originally built as a flour mill, it was later converted into a textile mill and that is how Mr Coen remembers it. During the 1970’s and 80’s they had anything up to 300 visitors a week arriving by the coach load to buy silks and tweeds, “they had some of finest silks and tweeds this side of New York”. They also produced fabrics for airlines and for Dublin bus, some of which is still in use. It had been operational right up until 2000, but since then it has been vacant.

Once news broke that Charona Ltd had applied for planning permission to build 48 apartments on the site of the mill, residents got together and lodged an objection to the Dublin City Council. “We had never had anyone looking in at the back of us before, we have nobody looking in at the front of us either and we didn’t want things to change”. The initial objection was ignored so they turned to An Bord Pleanála, they sat down and looked at the plans and decided it should be reduced to 41 apartments. Residents still felt this wasn’t good enough and that they had lost the battle, but the war was far from over. The Celtic Tiger crashed and the money dried up, leaving the site in the hands of receivers and NAMA. An American consortium managed to get their hands on it at one point but once the DCC changed the zoning on the site to cultural only, they were unwilling to spend the money required and handed it back. Then Dublin City Council purchased the Mill for a rumoured €1.2 million, but if they had acted quicker it could have been purchased for less than €200,000 from NAMA so in the long run it ended up costing them quite a bit more.

For many years, the heritage group had campaigned to save the mill, and they had the backing from members of the DCC like Brendan Kenny who took personal interest in the project. Maurice tells me how “industrial history is vanishing before our eyes” and that it is the only place left in the city that has this type of machinery that could actually be fixed up and displayed in a quality museum like presentation.

When asked about previous attempts at saving the mill he describes them as “very frustrating”. A lot of that frustration came from the fact nobody seemed to know if the mill had been sold on to a receiver or if it was passed on to NAMA. “Nothing any searches that we had tried to carry out, freedom of information, through TDs asking questions in the Dáil. Everything returned blank so we could never positively say that such and such has it in their hands, there was zero trail on it, I’m sure like an awful lot of other properties they’ve gone untraceable until somebody put a key in the door”.

In 2016, another group formed from Kilmainham, named “the save the Kilmainham Mill” group.  They extensively lobbied local politicians and two lord mayors at the time.  Movement began to slowly build and eventually, the DCC decided to buy it. These public awareness campaigns distributed leaflets, setting up stalls outside shops and Kilmainham Gaol and a presentation at City hall to the DCC all played a big part in raising awareness. Some people didn’t even know the mill existed and these campaigns aimed to let everyone know it was there and needed saving. Maurice emphasises the importance of the help the campaigns got from TD’s and local councillors, “without their help we don’t think we would have got to where we are today”.

It is very clearly an important building both historically and culturally to the community and especially those who’ve grown up in the area. “We’re a very old, old community here and we have had the mill in place there a long number of years”.

You can see what it means to Maurice as, with a cheeky smile, he tells the story of swimming in the massive tank at the back of the mill when he was younger. “I used to, during the summer as a kid go out, take off the lid drop into it and swim up and down and just rely on the holes in the perforated galvanised iron for a bit of light” He also takes great joy in talking about the wildlife, the birds singing and the peace and tranquillity that comes from the grounds. “At this stage it’s a great sigh of relief that it’s not to become another development of housing”.

Looking To The Future

The mill has been saved from developers but now it needs to be saved from collapse. According to Maurice there is “a hell of a lot of work to be done”. This was never going to be an easy process and it’s a long way from completion. It looks like it could be a minimum of 10 years before it’s fully completed.

Work has already begun on making the grounds safer. An initial budget of around €200,000 was made available for landscaping, securing of the building and security. Currently security is on the grounds 24/7 but this proving to be very expensive so plans are in place to install cameras which will be remotely monitored. MCD Landscapes has been given the task of clearing the grounds and so far they have concentrated on cleaning up around the mill race area. They have also cut back and pruned some of the trees, many of which were dangerous or overhanging onto people’s properties.

The roof was in particularly bad shape. Buddleia had been growing on top of the building and was causing severe damage, this has now been cleared. Large puddles of water had gathered on the roof, over a foot of water in some cases, and were putting a massive pressure on the structure; which desperately needed to be alleviated.  The plan is to re-slate the roof using reclaimed roof tiles.

Japanese Knotweed is causing serious damage throughout the grounds. The invasive plant grows very rapidly and is able to grow through concrete and tarmac. It is very difficult to remove Japanese knotweed, usually requiring both physical and chemical treatment to get rid of and can take a number of years to fully eradicate.

A lot of other work needs to be done too. There was a water mains leak under the road on Rowserstown Lane that caused significant damage. The leak has since been fixed but the damage it caused needs to be repaired. The floors need to be re-secured and some of the timber supports are rotting and will have to be replaced. The inside has become quite damp and this has led to a serious mould problem. They will be using a mesh to cover the windows to allow air to circulate through better.  All of the electrics will have to be redone. Asbestos is another massive issue that will need to be dealt with as soon as possible.

There has been some really good work done so far but as Maurice describes it “they’re only after brushing off the countertops” and the Dublin City Council are committed to seeing this project through. When I asked if the council may sit on this project I get a very assured answer of “no, they are fully committed to this”. The DCC have started off on a strong foot and have been very active in involving the residents and the heritage society. They are fully committed to meeting with Mr Coen as head of the residents group to discuss any problems that local residents may have. They have also agreed to regular meetings with the heritage society headed by Michael Flanagan as well as the residents and anybody who has concerns about the project.

Projects on this scale are never cheap and Maurice gave an honest estimate of the cost. “Not much change out of €20 million I wouldn’t think. Henrietta Street cost, I think, €5.2 million for a house and we’ve got a hell of a lot of house to work at but it’s going to be well worth it”. 14 Henrietta Street is a Georgian townhouse and former tenement building that had been left to rot until Dublin City Council stepped in, restored it and turned it into a museum.

Financing the restoration will rely mostly on grants. Initially they have a grant of €200,000, but that won’t last forever so the next plan is to apply for a further €500,000. Fáilte Ireland has grants available for large tourism projects and Kilmainham mill would be an ideal candidate to receive this type of funding. There are also a number of grants available from the European Union for heritage projects and Maurice sees absolutely no reason why they wouldn’t be able to get their hands on a few of them.

So what’s next for the mill? At this moment there is nothing on the table. The area will need to be made safe before plans can officially be drawn up. A museum would be ideal, the machinery restored, a nice walkway around the grounds with a gift shop and a cafe. It could be something that both locals and tourists could appreciate. When asked what he would like to see happen to the mill Maurice said “we’d like to see a cultural hub in there and it would be part of the, I wouldn’t call it the Kilmainham triangle but the Kilmainham Quadrangle, which is the gaol, the courthouse, the royal hospital and now the mill”.

It will probably be two years before we see any significant developments. By then the roof will be fixed, the building will be structurally sound, asbestos and mould will be gone, the land cleared, Japanese knotweed eradicated and the site will be safe to enter. But whatever is going to happen next with the mill, Maurice, the heritage society, the residents group and the save the mill campaigners can all sleep easy knowing that they’ve achieved what they set out to do, they saved the mill. 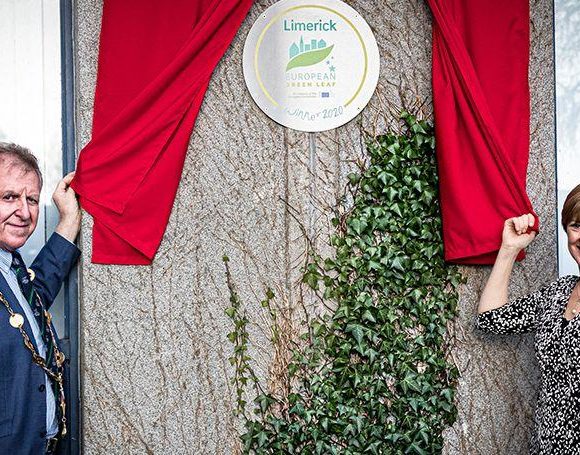 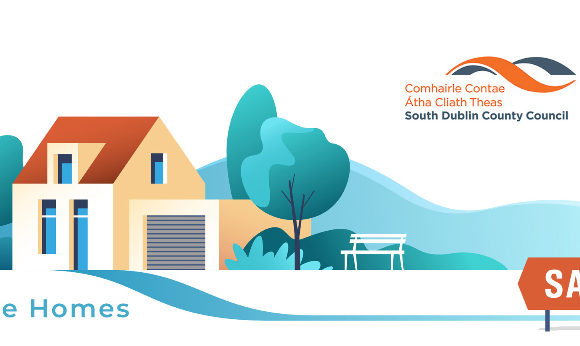 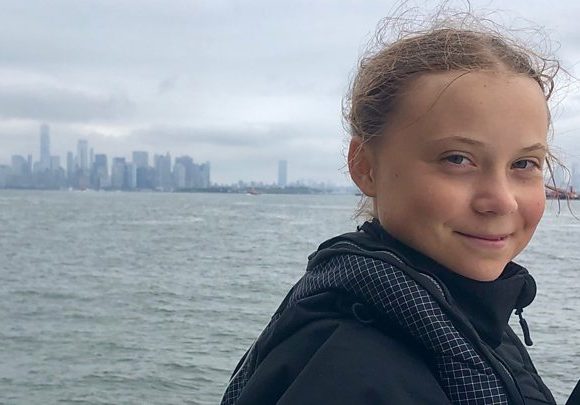