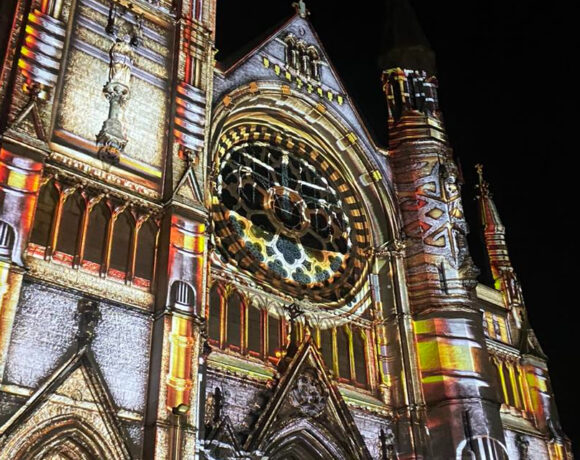 By Ryan Harmon 7 November 2022
Fáilte Ireland officially launched the first elements of the Urban Animation project in Drogheda which sees the town’s historic streetscapes illuminated with animated projections and murals of the epic myths and legends associated with the area. Fáilte Ireland allocated a total of €672,000 to Louth County Council for the project in Drogheda through its Urban […]