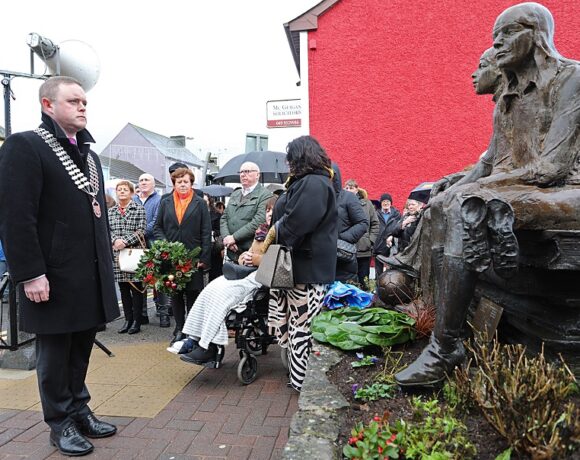 By Ryan Harmon 4 January 2023
The 50th anniversary of the Belturbet bombing has been commemorated in a ceremony at the site of the December 1972 tragedy. The wreath-laying ceremony, which was addressed by Cathaoirleach of Cavan County Council, Councillor John Paul Feeley, Producer of ‘Belturbet: A Bomb That Time Forgot’, RTÉ’s Frank Shouldice, and Margaret Urwin of Justice for the […]