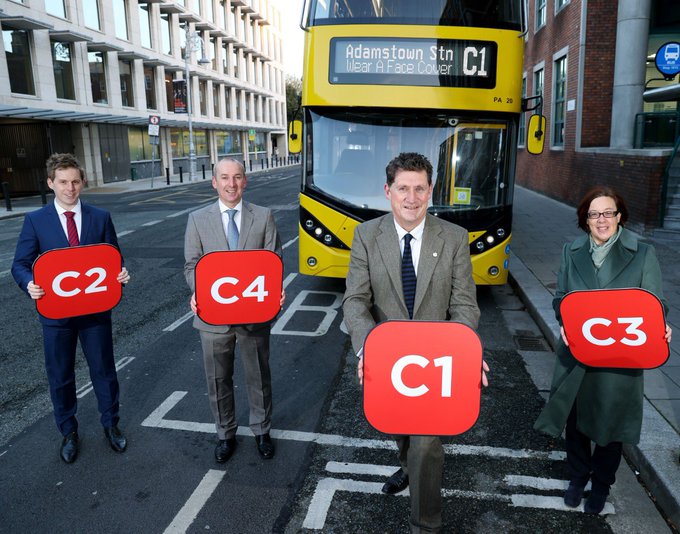 The National Transport Authority in conjunction with Dublin Bus and Go-Ahead Ireland have launched phase two of the new BusConnects network for Dublin. The “C-Spine” commenced on 28th November and will serve the communities of Maynooth, Celbridge, Leixlip, Lucan, Adamstown, Liffey Valley and Palmerstown to the City Centre as well as Ringsend and Sandymount.

This phase will provide enhanced bus services with high frequency spines as well as new local and radial routes. This is the second phase in the implementation of the new BusConnects network and follows on from the successful rollout of the H Spine in June. The announcement relates to the bus network aspects of the programme and not the infrastructure proposals.

The C-Spine will see the introduction of Routes C1, C2, C3, C4 which will be the primary drivers of the new network delivering fast and frequent services to the city centre. The C1 and C2 routes will operate 24 hours a day, while the C3 and C4 routes will change to C5 and C6 for night-time services. These routes operate via a similar pattern to Routes C3 and C4, but will run via Chapelizod.

The remaining phases of the network will be rolled out over an incremental basis in the coming years with the Southwest of the city via the G-Spine (Ballyfermot Road) due to be launched in June 2022.

Minister for Transport Eamon Ryan TD said, “this launch is another milestone for the BusConnects project. Last June we saw the rollout of the H spine which has proved to be very successful in terms of frequency, reliability and usage and I believe the C spine will see similar improvements.“

“This route will connect my own constituency to both the city and centre and onto west Dublin and beyond providing an easy, accessible and more environmentally friendly way to get to work, school or for shopping. The C spine provides the communities on its route not just increased frequency, but also a night service offering commuters 24 hour bus connections. This will enable many commuters to rely on a public transport for all their needs and further reduce the need for cars on our roads.”

Anne Graham CEO of the NTA said, “this announcement is the second phase of Bus Connects which follows on from the very successful rollout of the H spine in northwest Dublin in June. BusConnects main focus is to improve bus services, but also to connect people to as much of the county and surrounding areas as possible. As part of the network redesign we engaged with tens of thousands of members of the public across the city and across the region. The public have been telling us what they want to see in a new network and we have acted on those contributions.“

“This launch is one further step in the delivery of an effective and efficient bus service for the Dublin city region. The network is beginning to take shape and we are confident that today’s launch will be just as successful as the H spine.”

Ray Coyne, CEO of Dublin Bus said, “the launch of C-Spine is positive news for Dublin Bus customers across the west of Dublin and North Kildare who will have access to increased weekend and evening services, as well as increased capacity and frequency on C-Spine services.“

“I am really pleased that this phase of the network redesign will also see two new 24-hour services introduced by Dublin Bus and the NTA. Our bus services must reflect the changing needs of customers and these changes will bring the many benefits of public transport to even more people and businesses across Dublin and Kildare. The new BusConnects network will help us increase growth in public transport usage, combat climate change and mitigate congestion by making Dublin Bus services a better, quicker, more reliable option and strengthen the city’s economy as we seek to recover from the pandemic.“

Andrew Edwards, Managing Director of Go-Ahead Ireland said, “the launch of the H-Spine was a great success, and we are delighted to work with our partners in the Department of Transport, the NTA and Dublin Bus on Phase 2 of the New BusConnects Network with the launch of the C-Spine today. The L51 and the L52 will see significant improvements in bus services for Adamstown, and we are committed to continuing to provide quick and efficient transport options for the communities we serve.“

“Encouraging people to use public transport is vital if we are to tackle the climate crisis and congestion issues across the city and the new network will help with this. We look forward to operating these new routes, and to the next phase of implementation.” 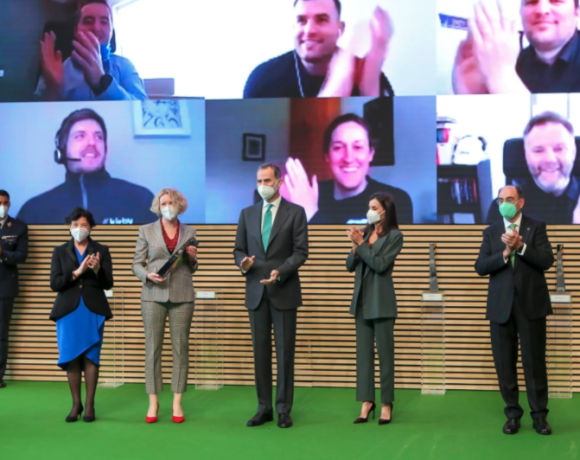 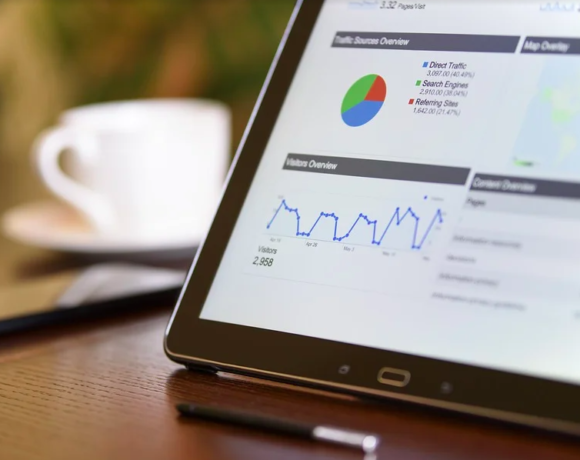 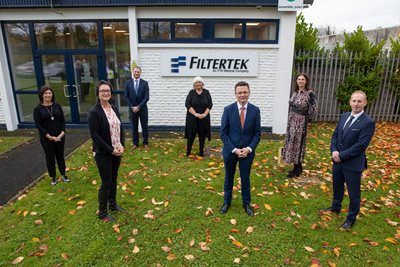