Spaceman: Meet The Minister Charged with Ireland’s Exploration of Space 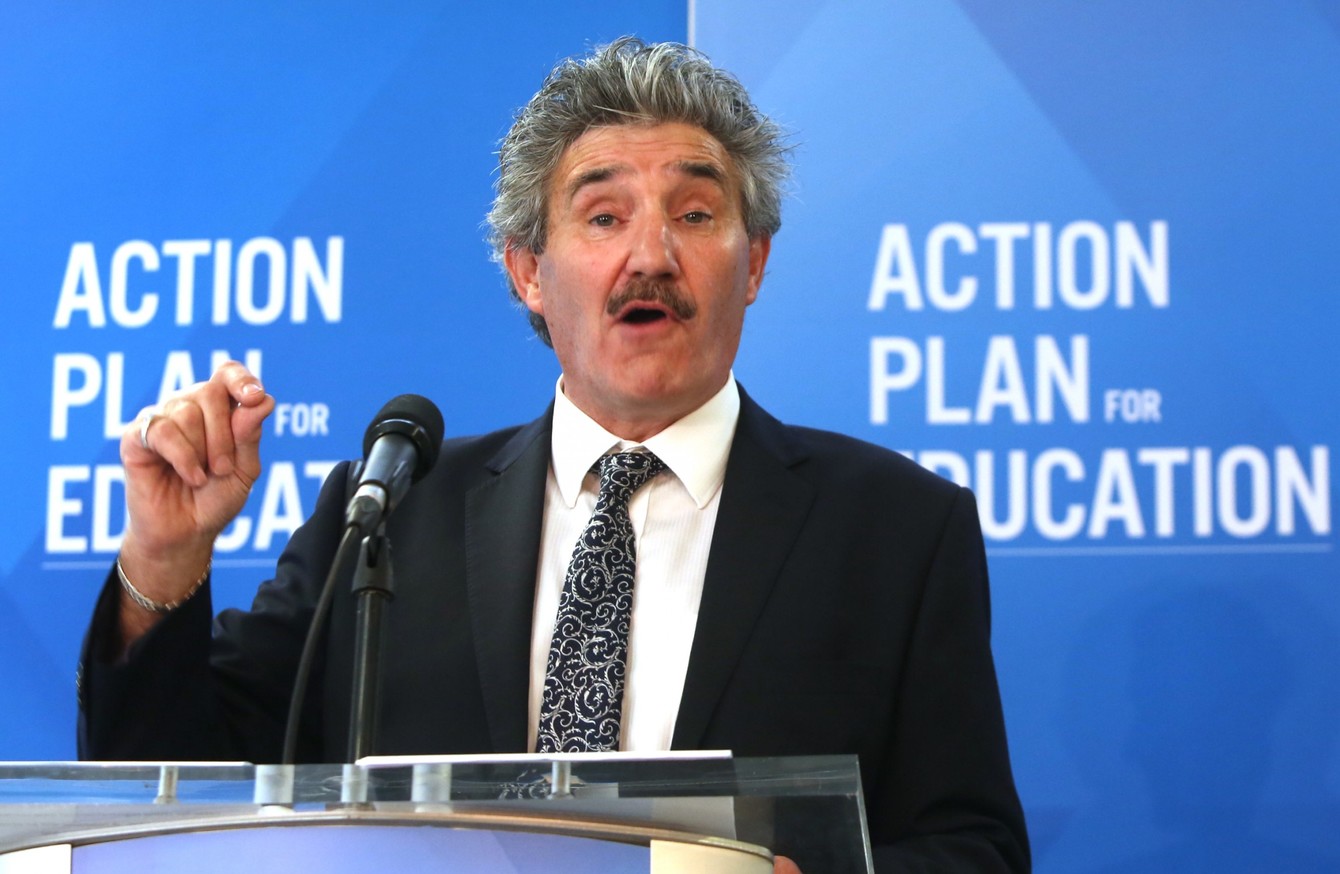 The Irish space sector has been expanding rapidly in recent years and generating significant economic impact particularly in terms of jobs, exports and new company formation but did you know Ireland has a Minister for Space? John Halligan TD, the Minister of State for Training and Skills, is that man.

For a country without a space programme, Irish contributions to the endeavours of space research have been significant, from the Birr Castle telescope and the Armagh Observatory to the European Space Agency’s (ESA) Laurence O’Rourke playing a major role in the Rosetta
Mission and contact with Comet 67p.

More recently too, Ireland is doing rather well with endeavours in the space sector. Ireland’s first satellite The Education Irish Research Satellite 1 (EIRSAT-1), is currently under development after a team of Irish based researchers got the green light from the European Space Agency (ESA). It will be launched from the International Space Station and orbit the Earth for approximately one year – if it meets strict tests and reviews required.

The Irish Government and Trinity College Dublin (TCD) recently signed a €1.4 million deal that will secure Ireland’s membership of Low Frequency Array (LOFAR) telescopes, a Europe-wide network of radio telescopes – a collaboration that is a significant boost to Ireland’s astronomical community.

Irish companies involved in contracts with the ESA saw space-related sales grow from €18 million in 2008 to €70 million in 2015 with further growth to more than €130 million projected by 2020.

Given the Irish space sector’s rapid expansion in recent years, Council Journal sat down with John Halligan TD, Minister of State for Training and Skills, to find out more about the space sector and his role as the Minister with responsibility for Space.

While it only takes up only a small portion of your portfolio, can you provide a brief overview of your role as Minister with responsibility for space?

“My responsibilities in relation to the space sector involve representing Ireland’s interests at both European Space Agency (ESA) and at European Union platforms, where I advocate on Ireland’s behalf. The primary purpose of Ireland’s investment in ESA is to participate in European space technology and space mission programmes with a focus on facilitating innovative Irish companies and researchers to develop leading edge space technologies for commercial exploitation in the global space and non-space markets, which will lead to increased exports, sales and employment.

On the EU side, the European Union has a legal competence in space policy since 2010 and has developed a Space Industrial Policy in the intervening years. The EU has initiated two space programmes – Copernicus and Galileo – which are providing Earth observation and satellite positioning data on a global basis respectively.

In October 2016 the European Commission published a new strategy for the Space Sector. A key task for the year will be to ensure that Ireland’s interests are reflected in the implementation of this strategy through engagement with the European Space Agency at various fora”.

Have you always had an interest in space exploration and science?

“I have had a life-long interest in space and science, and I am thrilled to see a growing number of Irish companies active in the sector. Ireland has a long history of involvement in space – from the construction of Newgrange in Co Meath over 5,000 years ago to the Leviathan in Birr in Co Offaly (the world’s largest telescope for over 70 years during the 19th century) to our more recent successes in the Irish space sector, including our increasing industrial involvement in the commercial launcher market, the ISS, and the highly successful Rosetta Mission to land on a comet.

I was delighted when I learned that a responsibility of mine at the Department of Jobs, Enterprise and Innovation would be Ireland’s space policy and I hope that with continued support of Irish companies in the sector will continue to thrive long into the future”.

What has been the impact of the Government’s investment in ESA?

The Irish space sector has been expanding rapidly over recent years and generating significant economic impact particularly in terms of jobs, exports and new company formation. The number of Irish companies active in the space-related activities has doubled from 30 to 60 in the period 2010 to 2016, and sector is set to continue to expand considerably in the coming years with significant Irish involvement in the development and production of European launchers and also in the satellite communications and downstream services sectors”.

What have been the greatest challenges you have faced in this role so far? And conversely the biggest achievements?

Earlier this year, I led an Enterprise Ireland trade visit to ESTEC, the European Space Research and Technology Centre in the Netherlands, that focused on maximising business opportunities for Irish companies with the European Space Agency. Ten Irish companies participated in the Trade Mission, and I am proud to say that three Enterprise Ireland client companies secured significant contracts with ESA with a combined value of almost €2M including Enbio, Innalabs and PilotPhotonics, with more contracts expected”.

Are you seeing growth of Irish companies – in both numbers and scale – working in the space tech and with ESA?

“ESA is becoming ever more important for Irish industry to enter and expand into the growing global space market. If an Irish company wishes to enter the space market, it has to achieve a very high standard in terms of product performance and reliability. For Irish companies, ESA is the primary, if not the only means to achieve this. Enterprise Ireland, the Agency with responsibility for the development and growth of Irish enterprises in world markets, is working closely with Irish tech companies to gain access to this market and to support them in securing ESA contracts that will position them in the global space market. As a result of this effort we are seeing a steady growth in the number of Irish companies working with ESA, with five new companies per year. In fact the number of Irish companies working with ESA has almost doubled over the past five years with 60 companies currently engaged and we expect this to grow further.

We are also seeing increasing involvement by Irish hi tech start-up companies working with ESA bringing highly innovative technology solutions to space. These include companies in areas such as microelectronics, optical communications, advanced materials, telecommunications and even life sciences. What is also particularly encouraging is that these companies are also successfully commercialising their space technologies, not only in the commercial space market, but in a range of other commercial markets such as aerospace, automotive, and medical, where performance and reliability are becoming increasingly important requirements”.

How important is it, in your opinion, that Ireland builds and maintains a strong space industry?

“Space is becoming an increasingly important sector globally, and we expect to see an increasing number of space sector companies setting up in Ireland, specifically in the areas of satellite communications, Big Data (satellites generate a lot of data) and potentially in the launchers sector. We already have a number of Irish companies supplying into the satellite and space launcher vehicle market in Europe, US and elsewhere, and we see this expanding through inward investment, but also through building up our own Irish tech companies (as we are currently doing through our investment in ESA)”.

What are your hopes and predictions for the future of the space sector in Ireland in the next five years?

1) Bringing highly innovative technologies to the global space sector, (leveraging Government investment in R&D), not just in satellites and launchers, but in human spaceflight, in which we are beginning to see an increase in Irish companies becoming involved, and

2) Developing technologies, products and services that use space systems in a range of applications, including transportation, emergency response, agriculture, maritime and including IoT (Internet of Things) where we are already seeing a significant increase in activities by Irish companies.

However this will require additional investment by Government in supporting R&D, including through national programmes, H2020 and specifically through investment in ESA”. 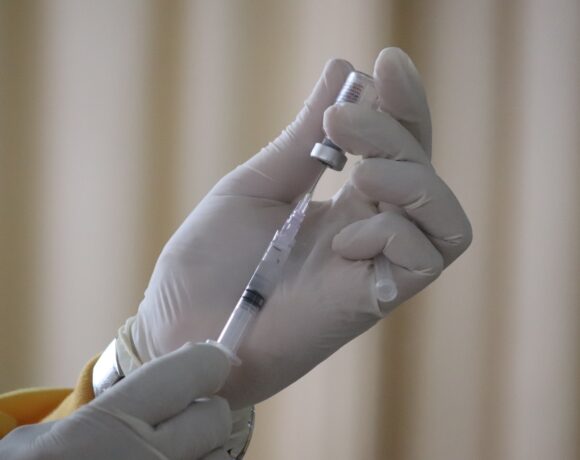 Waterford Leads the Way in Closing the Digital Divide 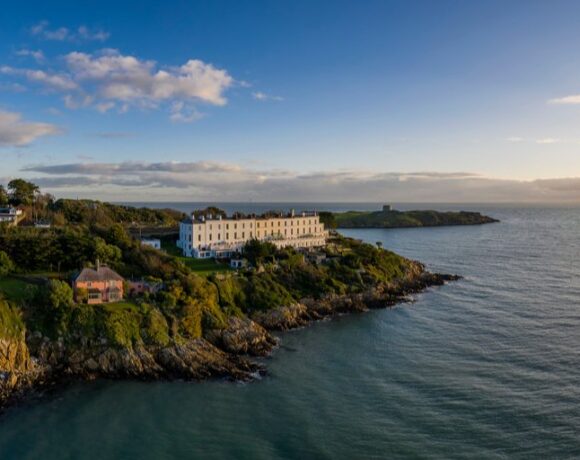