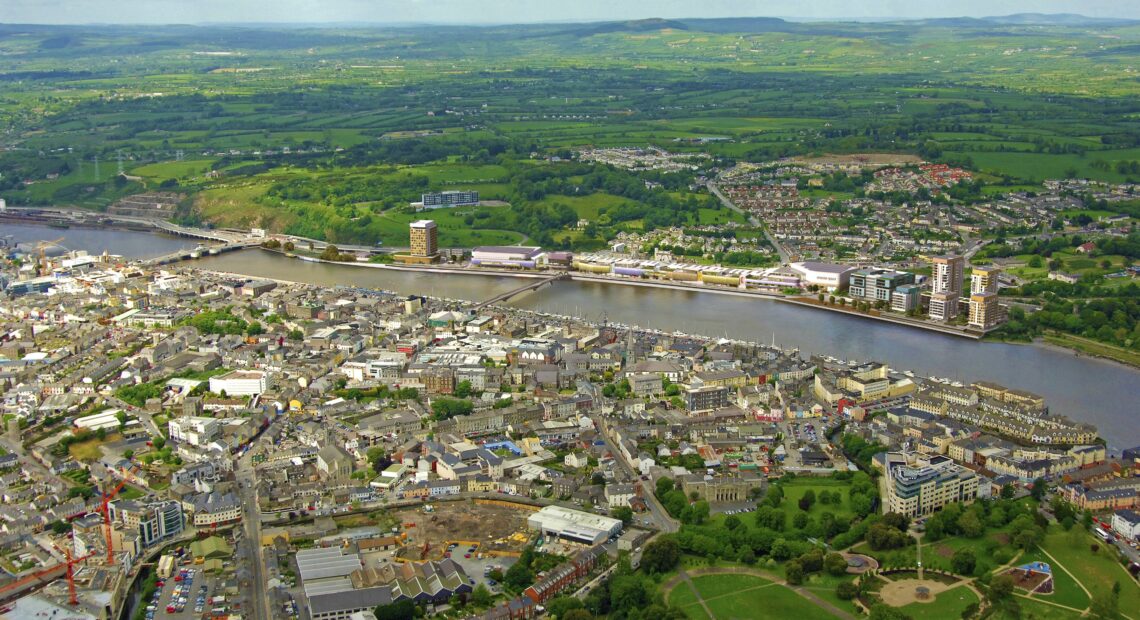 In what is a milestone achievement for Waterford & the South East, Falcon Real Estate Development Ireland confirms that it has received Planning Permission from Waterford City & County Council for the Waterford North Quays Strategic Development Zone.

Waterford North Quays is a Project of Falcon Real Estate Development Ireland, which will be central to unlocking the potential of the communities of Waterford and the South East and delivering a better quality of life for all. In doing so, the project will regenerate and re-ignite the regional economy and create a better future for the next generation, in a sustainable manner, therefore fulfilling much of the Government ambitions in its new Programme for Government.

“We are delighted at the decision of Waterford City and County Council to grant full planning permission for the North Quays SDZ Project.  This is the culmination of four years of hard work with a significant effort made by many but particularly, the community & stakeholders of Waterford and the South East itself.” said Rob Cass, Director, Falcon Real Estate Development Limited.

North Quays is over eight hectares of urban regeneration on a stunning, south-facing 1km historic quayside waterfront in the centre of Waterford City. The site consists of a sustainable transport hub, will be the largest mixed-use real estate development in the South East of Ireland’s €18bn economy for the 603,000 people living in the South East’s 60-minute catchment. The exciting project will see a new city-centre skyline emerge for Waterford city centre.

Rob continued: “The North Quays redefines a new & exciting vision for the City, supporting and enhances a vibrant public realm and kicks off a very exciting decade ahead for Waterford & the South East region as the delivery of North Quays sees the potential of the city-region start to be unlocked, as a destination for people across Ireland and beyond to come and experience.

We hope the community will take great pride in turning these plans into reality as we enter the next phase and we’ll be undertaking significant community engagement events in the forthcoming weeks and months.”

The total combined estimated private & public investment in North Quays is over €500m, with the North Quays development delivering nearly 2,900 full time jobs on the development itself by 2023, primarily in the offices aspect and secondarily in the services sectors – and a further 4,500 indirect jobs in the community. The development is the culmination of partnership with local authorities, state bodies and government departments that see North Quays act as a catalyst to unlocking overdue funding for Waterford and the South East.

The North Quays development will benefit from over € 139m of public infrastructure funding is unlocked by over 350m of private investment up to 2023 which sees over 272m returned to the exchequer in the build phase, and upon opening, will deliver a net annual benefit to taxpayers of over €107million a year; from 2018 to 2030 the taxpayers benefit will amount to almost €1.25bn. This equates to €8 returned per euro of taxpayer fund outlay, acting as a model of how sustainable regenerations can unlock both exchequer and importantly, how public & private sectors combine to unlock significant social & economic benefits for the community.

The economic impact of the build phase is over 130m each year in the construction phase from 2020 to 2023, then 277m a year, once the development opens in 2023, adding 7% growth rate to Waterford’s economy & 1.5% to the wider South East’s economic growth rate, plus reducing unemployment in the county by 22% and in the region by 12.5%.

“In getting to this vital milestone, we would like to thank the community for their submissions and inputs to plans, our Development Team, Commercial and Funding Partners, Local Authorities, state bodies and government departments for their extremely hard work and collaboration in making one of the most important projects in Waterford and South East’s history” Rob concluded.

Subject to the confirmation of the DHPLG (or other relevant Agency) for the funding of the Infrastructure happening before the end of August, Falcon Real Estate Development is purchasing the whole of the North Quays site from Waterford City and County Council, and then immediately commence both further commercialisation and in parallel, detailed design & contract award to general contractors. Construction work on the podium & piling aspect of the site itself is targeted to start by Christmas 2020 in tandem with the Government infrastructure programme plan that has already begun on the roads, with the bridge & rail programme due to commence upon funding confirmation from the government.

Waterford North Quays, an eight-hectare real estate mixed use scheme, was conferred SDZ (Strategic Development Zone) designation by the Government in 2016. The North Quays development will provide over 2,800 new jobs on site by 2023 and over 4,500 indirectly in the Waterford City Region.

The project description is a mixed-use development, to include:

–  Five residential buildings ranging in height from 7 to 17 storeys, with 298 riverside apartments to accommodate 500 to 600 residents, with value of apartments 50% better value than Dublin prime apartments.

–  The location of one of Ireland’s most modern and multi-nodal sustainable transport hubs, acting as new model for Ireland with a new train station, bus interchange & greenway hub for the 100km South East Greenway connecting nearby communities via dedicated bike routes, plus connecting to the South Quays & City Centre via a Sustainable Transport Bridge.

–  Visitors will be able to enjoy quality waterfront restaurants and rooftop bars & cafés with over 30,000 square metres of green open space and a riverside promenade for full access to the quayside with unprecedented in Ireland quality of finishes.

– The development is built to BREEAM Gold standard and is 100% renewable energy, which in turn has been designed to be owned by Community Energy Co-op’s.

–  As a sign of confidence in the Development from Commercial Partners, the project has been commercially progressed that sees 50% of the apartments sold, 50% of the offices sold and the Hotel pre-sold.

Waterford North Quays is set to become home to  one of Ireland’s most modern sustainable transport hubs, connecting the site locally and nationally with a new train station, a new bus interchange, the South East’s 100km Greenway, pedestrian and electric bus with a sustainable link-bridge to Waterford city centre across the River Suir, with the ambition to have Dublin-Waterford Train direct in 60 minutes in the foreseeable future, unlocking commuter potential and enable far more affordable living for existing talent in the city. The new sustainable transport hub is expected to cater for over 4 million passengers or visitors annually across the bus, train & Greenway, 13 million cars & 2,500 bike storage spaces. The transport infrastructure for Waterford will be further enhanced by the Government’s recent announcement that it is investing to expand the runway at Waterford Airport which then sees connectivity between the Airport to North Quays via bus terminal and then onwards to Dublin via the train station enabling greater public transport connectivity & usage.

The North Quays development marks a major economic boost for Waterford and the South East Region of Ireland. The estimated investment is €500 million phased over three to five years. 2,800 full time roles will be created on-site when the development of the new district opens, with an additional 4,500 indirect jobs in the catchment, which in turn creates both demand for c 2,000 homes in the catchment and leads to additional consumer spend in the city & region of 130m p.a., which increases the consumer economic rate by c3.3% a year.

The North Quays investment is expected to act as catalyst for the South East given the current undersupply opportunity of 6bn today, with a pipeline opportunity of 15.6bn looking further out. In collaboration with the Councils, we look forward to promoting the South East Economy, which looks set to grow from 18bn to 53bn by 2040 (CAGR 6% p.a) and see it one of the fastest growing economies in the EU, alongside other pipeline developments in Kilkenny’s Abbey Quarter and Wexford’s Trinity Wharf, which all combine indicate the significant growth potential in the South East.

The planned completed integration of the scheme with the existing urban  centre will confirm Waterford as the Gateway City of the South East Region to connect to Dublin faster & more sustainably via the train station enabling talent to “live in Waterford, work from home and commute to Dublin” on far more affordable levels saving 50% on rent & mortgages or some 11-12k a year for young talent, but also saving businesses some 50% on offices. North Quays also acts as a catalyst to attract in further private investment given the current undersupply opportunity by increasing regional and national visitation and tourism which will serve to reverse regional economic leakage in retail of over €700m a year outside the region, tourism opportunity of over €400m a year and the resultant talent/jobs being delivered in these sectors, alongside the population growth of 50% under Ireland 2040. Under Ireland 2040, by 2040, the North Quays 60-minute catchment rises to over 804,000 people, sees private sector investment opportunities of housing demand of €14.5bn, Consumer spend growth of €3.2bn, Office demand of €900m and tourism growth of €400m alongside climate action/green deal pipeline of €9bn by 2040, therefore North Quays €500m is only a small percentage of a very exciting pipeline that the South East community is set to benefit from, and one we are very excited to be playing a key part in making a reality.

Subscribe to the Council Journal for our newsletter and competitions. 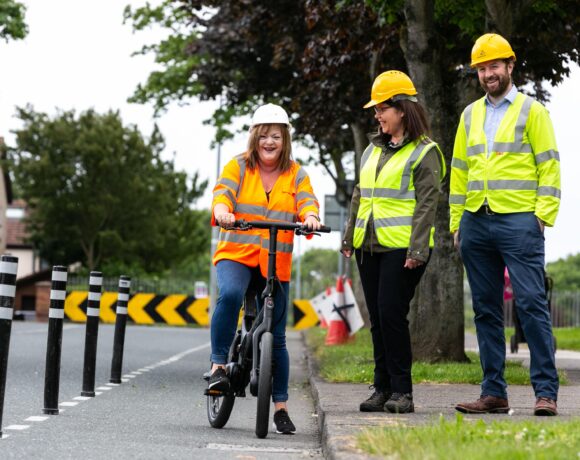 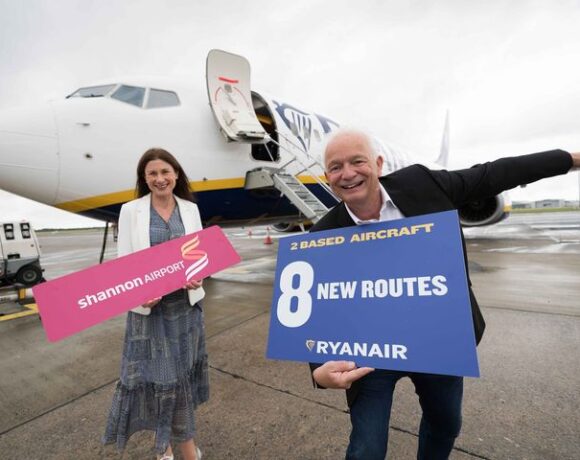 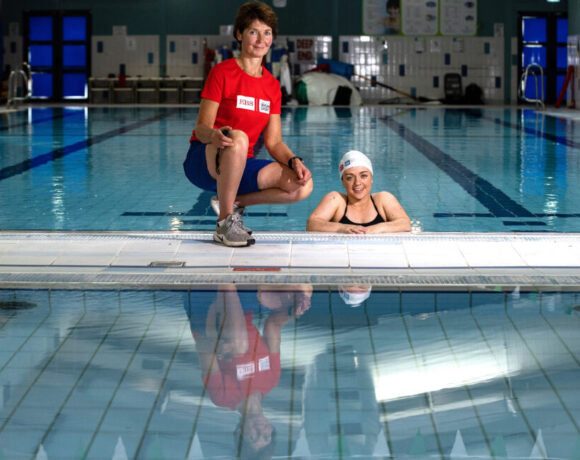 EBS Calls for Final Nominations in Volunteers in Sport Awards