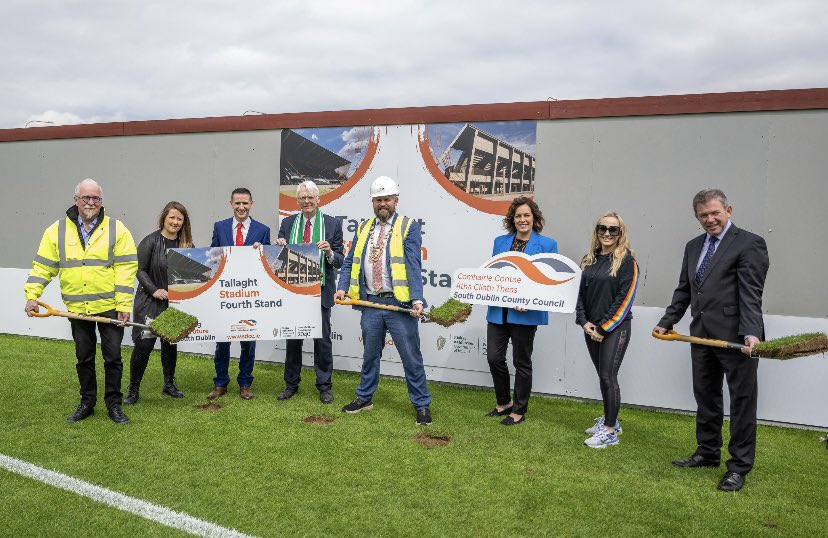 A sod-turning took place for the expansion and construction of a new fourth stand at Tallaght Stadium.

As well as the new North Stand, the development includes major refurbishment work to the main stand corporate areas, which will result in an improved offering which will have much-enhanced facilities for media and sporting fixtures as well as revamped conference and meeting room facilities. In addition, there will be improved fully accessible seating areas in the South Stand, as well as a changing places facility.

The investment in Tallaght Stadium is approximately €11.5 million with the works maintaining the stadium’s UEFA Category 4 status which will potentially allow the hosting of all European games including group games for the Champions League or Europa League.

South Dublin County Council is making a substantial investment in the Tallaght area, with major support from the Urban Regeneration Development Fund.

The delivery of the North Stand at Tallaght Stadium and the opportunities it provides as an events venue will also compliment the current investment of over €80m in infrastructure projects underway in Tallaght, such as the delivery of a new Heritage Centre, the Tallaght Innovation Centre, which is now under construction, the Tallaght District Heating Scheme, as well as a major public realm enhancement programme for Tallaght Town Centre.

Tallaght Stadium is home to the FAI Women’s national football team, the men’s under 21 football team and Shamrock Rovers and it has also hosted American football and other sports in recent years. South Dublin County Council also intends to use the stadium as an events venue and will be looking to host concerts and other large scale events in the coming years.

The development of the new North Stand, which will hold over 2,000 spectators, will allow for an increase in the spectator capacity to over 10,000, up from the current capacity of 8,000. The new North Stand has been architecturally designed to the highest possible standard with the undercroft of the stand containing new offices, part of which Shamrock Rovers will occupy.

It is anticipated that the expansion works will be completed by the end of July 2023.

The Mayor of South Dublin County, Councillor Peter Kavanagh, said, “I am delighted to turn the sod on the new stand at Tallaght Stadium this morning. I want to commend the staff in the Council for what they have achieved in the past number of year with the development of the stadium. I know there are very exciting plans to develop the stadium for events in the coming years and I look forward to the continued success of Tallaght Stadium as a focal point for the entire County.”

Jason Frehill, Directror of Economic Enterprise and Tourism Development at South Dublin County Council added, “the addition of the fourth stand to complete the stadium is proof of South Dublin County Council’s commitment to attracting local, national and international visitors to Tallaght. This substantial investment is a milestone in promoting the entire County as a hub for sports and entertainment tourism.” 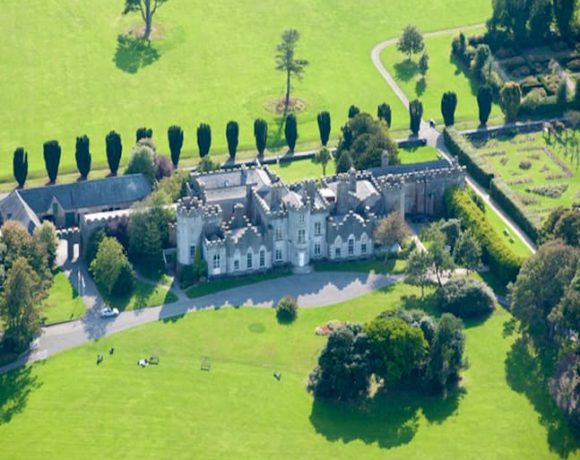 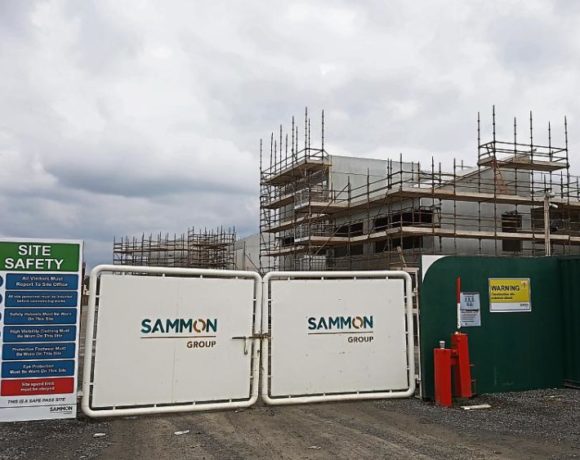 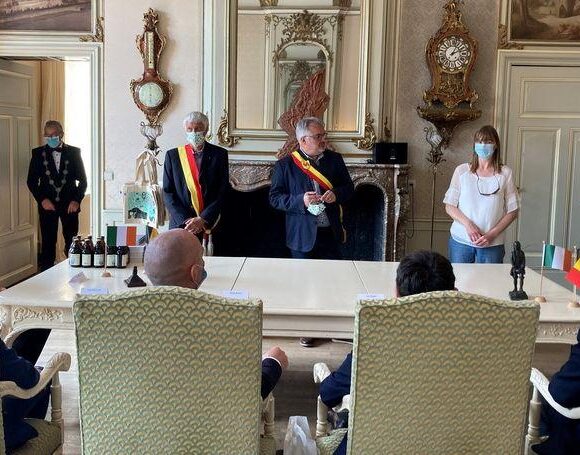